Step into Jordan Mackampa’s universe as he continues to grow into an artist that is becoming the voice of a generation.

With his soulful and timeless voice, Jordan Mackampa has been quietly roaring for some time now. Wowing audiences with his tender and warm energy that vibrates off of him, Jordan has been making waves with his empathetic and vulnerable songwriting that has pinned him as a classic already.

If you’re new to the brilliant Jordan, then prepare for him to become the hero of your Autumn playlists. The perfect embodiment of everything Jordan is an artist can be found within his track “What Am I”. Embarking on the difficult journey of becoming who you really are, especially as an artist, is something that Jordan seems to do with ease, trusting his guided intuition. Jordan’s soulful resilience shines through in every emotive vocal note and powerfully raw and honest lyrics. Speaking on the turbulent times we are all unknowingly entering, Jordan Mackampa is making the struggles easier by being the representation of a generation who are searching for something more. Inspired by the greats who have come before him, Jordan splices in soul and blues to his tracks as if they’re embedded within his very DNA.

Speaking on the track, Jordan revealed “What Am I is a modern take on Marvin Gaye’s classic ‘What’s Going On’, highlighting the state of the world right now, from multiple wars in different territories; how the earth is dying, to the border control problem & how it’s been dealt with. It’s a lot of ‘hopes and prayers’, changing of display pictures to blue, but all trickling down to a stop soon after, as it’s no longer in the forefront of the media”

Jordan Mackampa, a young artist in years but has the wisdom and sympathy beyond his age, is a product of London’s everchanging multicultural melting pot and his Congolese roots that support his growth. Jordan’s ability to successfully merge soul, funk and British indie has resulted in a sound that is idiosyncratic and can simply be described as Jordan Mackampa. One thing is for certain in these times is that you can trust Jordan Mackampa’s heart and soul. The same can be said for choosing your daily uniform – something that doesn’t have to be mundane and repetitive – but your uniform is your representation to the world; who you are as a musician, an artist and simply a human.

Who would be better than to trust in the creation of effortlessly cool and high-quality pieces than J.Crew who have been the masters of it for generations? There is a reason why you can trust them without them having to tell you. There’s something undeniably cool about being able to throw on pieces that are quietly cool so you and who you are as a human can do the talking. Pieces that feel like an old friend, but over the 35 years J.Crew have let you shine as human, they have moved with the times creating cutting-edge fabrics and effortlessly slick cuts.

We got the timeless troubadour to team up with the iconic J.Crew – where not only his voice explodes through, but his soul and light does too in clothes that are designed to do exactly that. Check out how Jordan trusts the new fall collection from J.Crew below with his exclusive interview, and catch him doing what he does best at the J.Crew Regent Street Store on Thursday, 26 September 6 – 8 pm, 165 Regent Street London, W1B 4AD. If that wasn’t enough to excite you, there will also be a 20% discount for you to get your hands on the new season pieces. We will see you there. 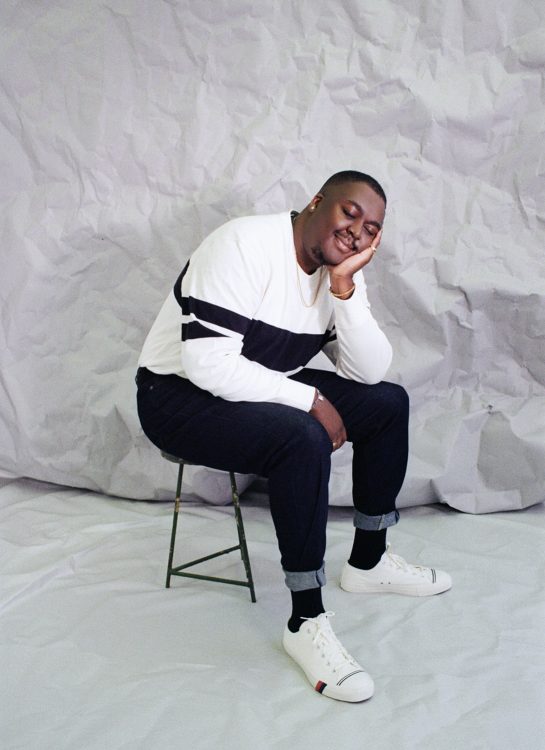 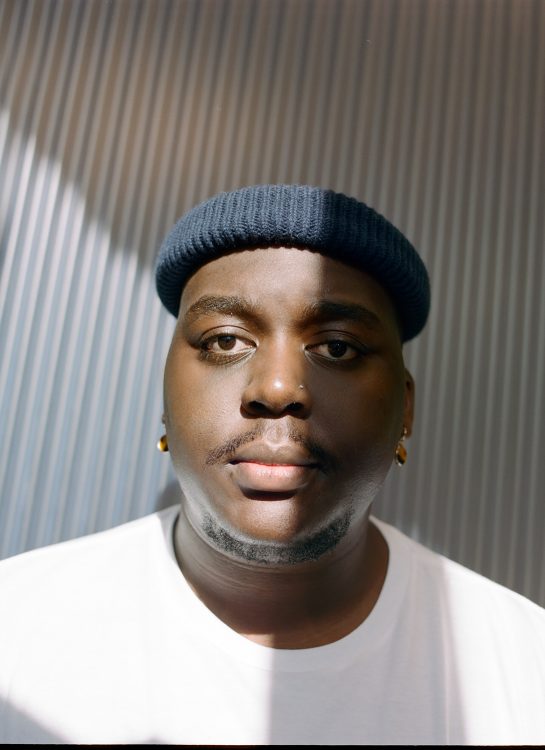 How did you begin your journey into music?

I really wish I had some miraculous eye-opening moment or even some kind of religious epiphany of how my musical journey began, but it’s a very humble beginnings kinda story – from a really young age, maybe 3 or so, music has just always been there, in the background for me. My mum used to take me to a church in North London where she’d sing and I’d try to mimic what she did. I was also ‘that kid’ that couldn’t sit still, tapping & drumming on every surface imaginable & singing along to every song on the radio. Music made sense to me when everything else didn’t.

My first memory of music is a story my mum recently told me about from when we’re living in DR Congo, before we moved to London, I remember bits of it vaguely, but she tells it better. My uncle Eric used to make guitars out of cut down trees and sell them in the market in town. We were at his house one night and he had a few guitars lying around – I’d just started crawling around that time too so anything I could get my hands on, I did. I was sat on my mum’s lap, she put me down to finish her conversation & that’s when I slowly started making my way over to the pile of guitars in the corner.

My uncle was watching the entire time, both looking at my mum, but also watching me as I edged closer. Suddenly there was one year old me, surrounded by all these guitars, fascinated by what they were, so I plucked one string as hard as I could, both of them looking at me, and I turn around to my mum with this look of wonder on my face – I’d struck gold. My uncle then turns to my mum, having been watching the whole time & says “if this child doesn’t do something in music with his life, then we as a family have failed him” Twenty-four years later, here I am.

What is the energy you want to create when you are performing live?

The main thing I want to create when performing live, particularly with my headline show at Village Underground in November, is a feeling of safety. No matter how many people in the room, everyone who’s there should feel comfortable, and feel as though whatever they’ve got going on outside of the show, whilst they are there with me for that hour and a half, they are loved & supported, and more importantly I’ve got their back, if they’ve got mine. 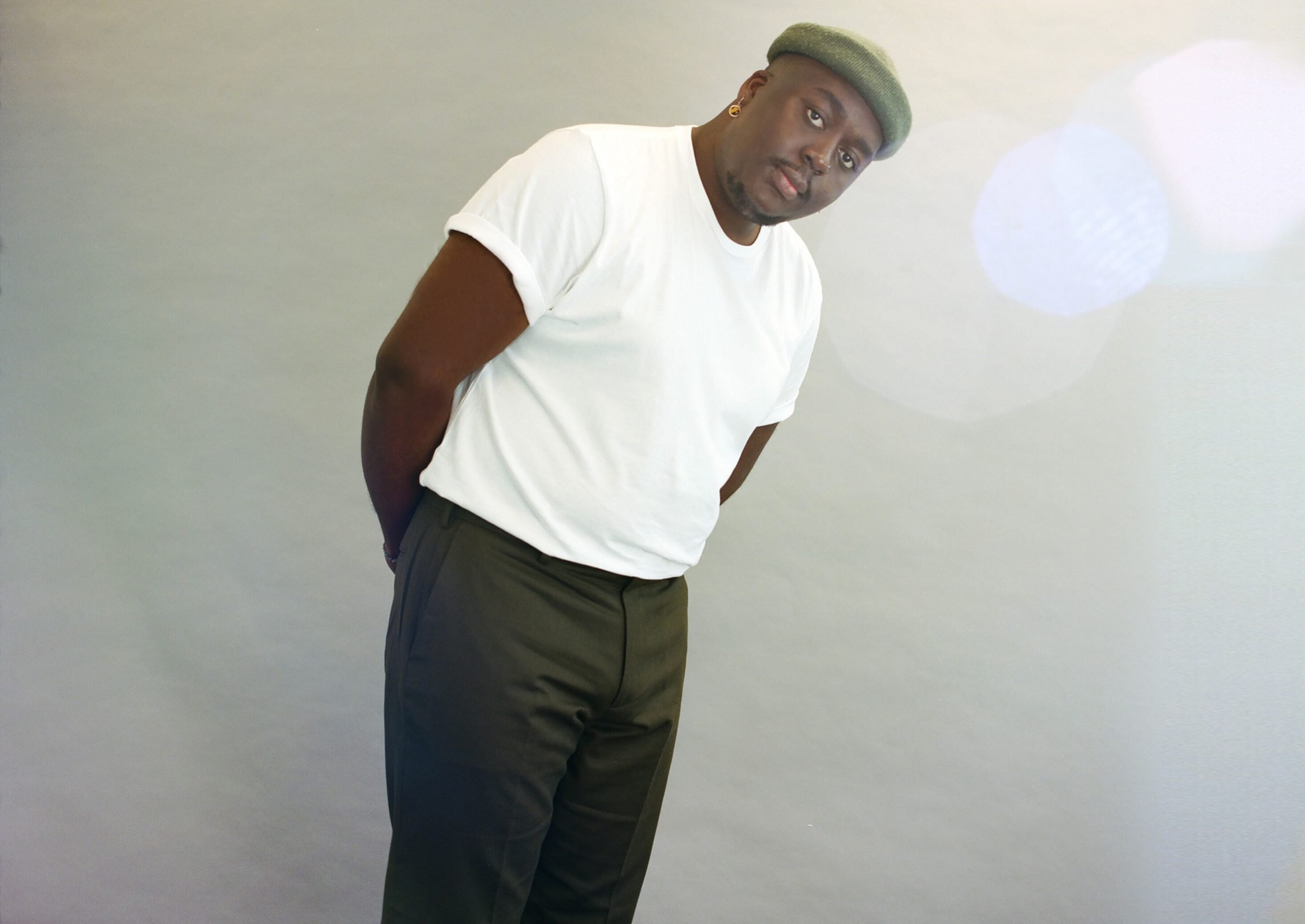 How important is it to you on how you present yourself to the world?

It’s definitely something I take pride in, being as loud as possible about my beliefs and voicing my opinions on whatever affecting me at the time. I like to think I’m presenting myself as a carefree black man, who’s more than comfortable in his masculinity/femininity, and his struggles with mental health too, in the hopes that it encourages more men to do the same. Suicide is the highest killer of men under 45 – I can’t bare the thought of knowing there are men out there, who don’t have anyone to turn to, so I try to be as vocal about getting help as possible.

Do you have a certain type of uniform you wear daily?

For sure! I have a love for all things monochrome, blacks, blues, whites and greys are my go-to most of the time, with splashes of colour here & there. Big fan of a beanie (if you couldn’t tell) but more importantly something comfortable yet stylish, I accessories with different jewellery pieces, simplicity is key.

If you could only wear one outfit for the rest of your life what would it be?

J.Crew Cream wool trousers and a J.Crew black t-shirt, my Levi’s black denim jacket with my Dr Martens boots. Black goes everything, so why not wear the best there is to offer? 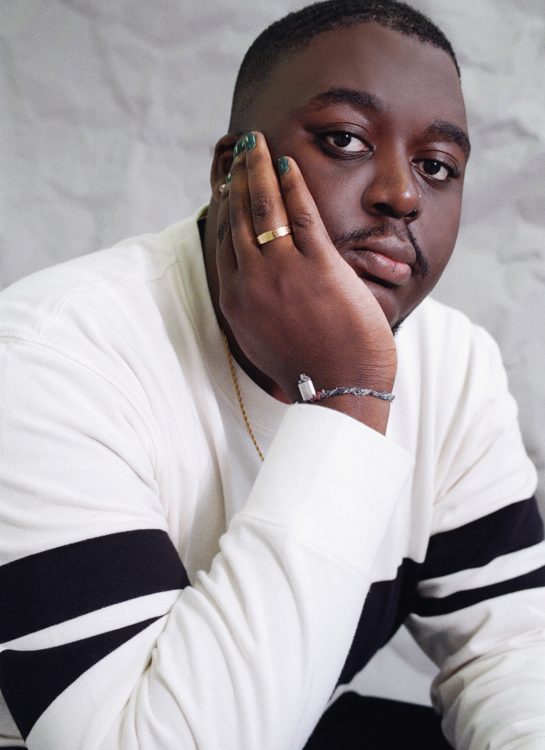 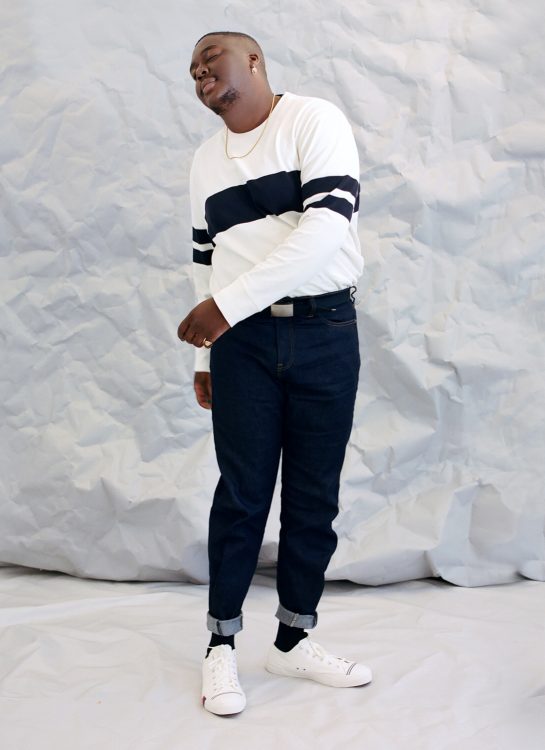 If we were to sit down this time next year and have this conversation, what would you like to have achieved?

A few shows in the states, release my debut album, another tour, more music videos, a better understanding of how music connects with people & the message I want to put out into the world.

What’s one album that has defined your life?

It’s so hard to pick just one but currently, it’s James Vincent McMorrow – Early In The Morning. I remember being a teen during sixth form, maybe four years into playing the guitar & listening to the album on repeat, feeling as though I found someone who told all the truths I wanted to yell out loud.

What’s one thing you would tell your younger self?

Your mental health is the most important thing, so take care of it. It’s not your responsibility to deal with how others respond to you putting yourself first. Also, don’t worry about the colour of your skin, you’re gonna learn to love yourself properly in more ways than you can imagine one day. 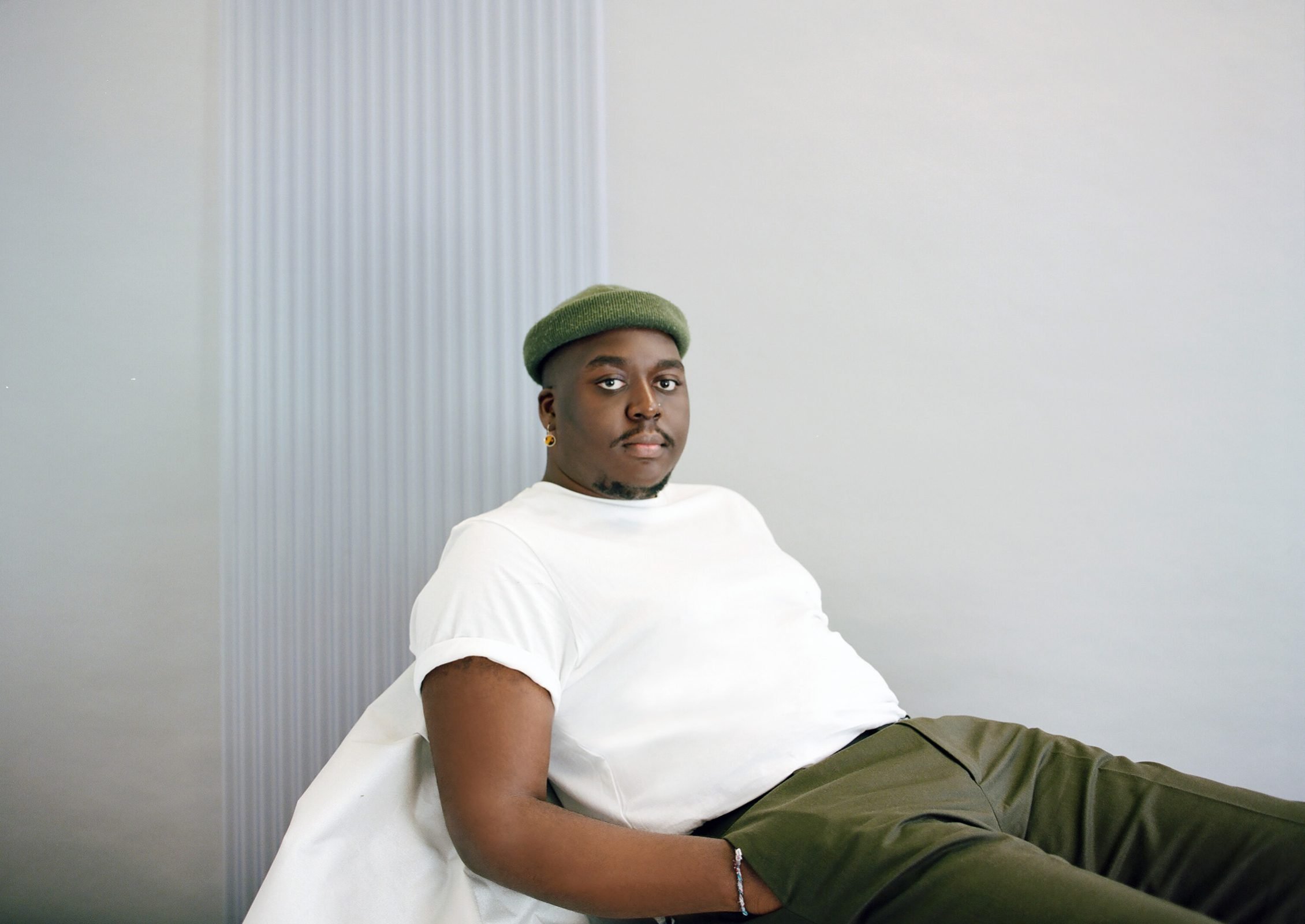 If you could describe your style in three words what would you say?

If you could describe yourself as an artist what would you say?

A young carefree black man, telling the story of his journey through modern soul London soundscapes.

What’s next for you in your career?

I just dropped my latest single ‘What Am I’ a few days ago – I’m really just taking in the response to that right now, it’s all been quite positive which is always nice. With songs that have quite political undertones, you never know how your fans are gonna receive it, luckily I have a very loving & accepting fan base who are very much ride or die for my music, so it’s reassuring to know I’m still on peoples Spotify playlists! I’ll be heading out on tour in November around Europe, playing a bunch of new songs from the album so it will be good to get some feedback on some songs that I’ve been sitting on for almost three years that no one has heard yet.

What’s some of the best advice you have been given as an artist?

Just because something doesn’t work the first time, it doesn’t mean it’s broken. 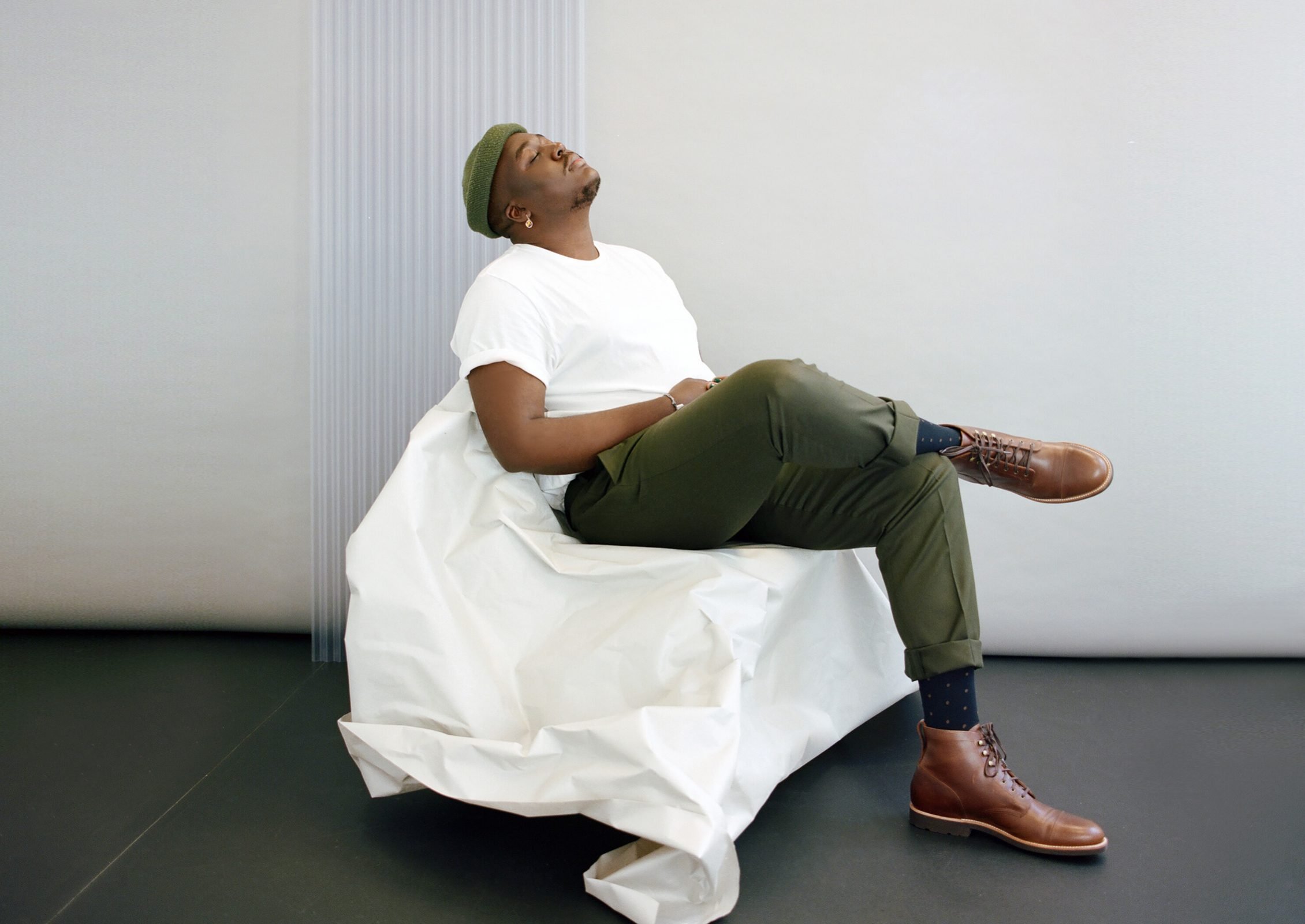 Check out Jordan Mackampa's 'What Am I' video below!

Freddie Long is the Brighton young thing with a voice that instantly strikes you in your core and a poetic groove that makes you move.