Kim Petras is ‘The Bitch With The Sauce’

Notion dives into the deep waters to get some clarity from pop's latest broken hearted princess, "the bitch with the sauce, apparently", Kim Petras! 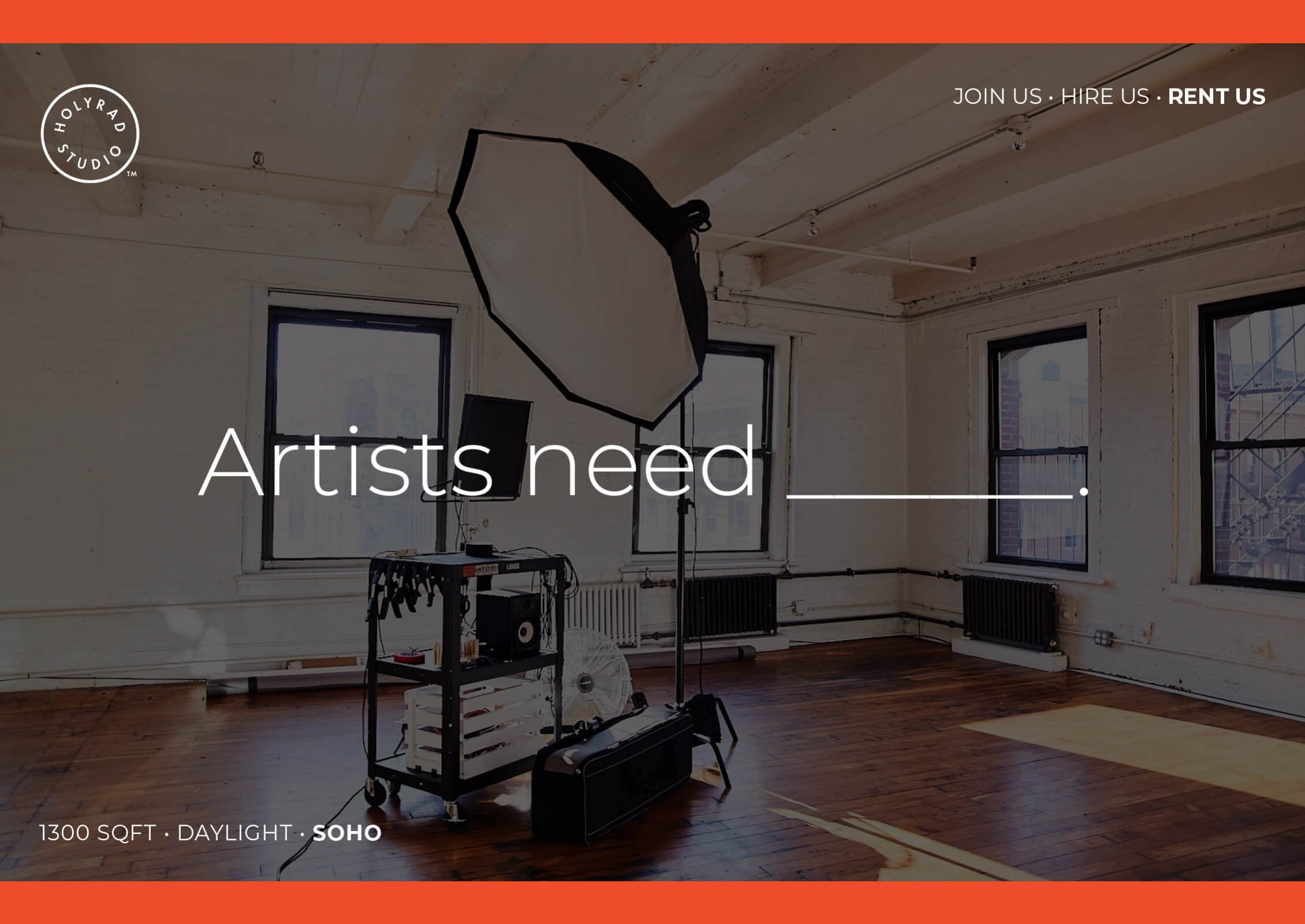 Kim Petras is bubblegum gloss with grit – which doesn’t sound very appetising but makes for some of the best new pop music to hit the scene since Britney. One of the industry’s brightest new talents, the German artists’ playful, unapologetic music has taken her from Cologne to LA with infectious chart-hit singles like “Heart to Break” and “Feeling of Falling”.

Despite being dubbed “the princess of pop”, her bold determination and astute passion for the legacy of pop music likens her more to the royal cavalry. Petras’, who first gained global media attention as one of the youngest individuals to undergo gender reassignment surgery, has worked since she was a teen to create a body of powerhouse singles that cemented her reputation as an accomplished musician in her own right. She is part of the wave of new musicians who release all their music independently, garnering an impressive 140 million streams across various platforms.

While she’s a poster child of the digital pop age, her music reflects a love for the great female icons she grew up idolising. Listening to Petras’ music you hear the influence of Cher, Britney, Madonna and Kylie, as she approaches the tried and true pop chemistry with her own downbeat diva twist. With her debut full-length studio album, Petras shows signs that she is on her way to joining the ranks of these musical greats herself. “Clarity” features 38 minutes of escapist pop gold – a versatile collection of work that she has been teasing with singles for the past year.  The album brings together her signature hooks with pulsing club beats and smooth R&B influences that are easy to listen and empowering. In it, Petras pours out her emotions and heartbreak with unwavering sass and shimmery vocals that remind us sometimes the best way to rebel against the troubles of the world is to give it the finger and have a bit of fun. 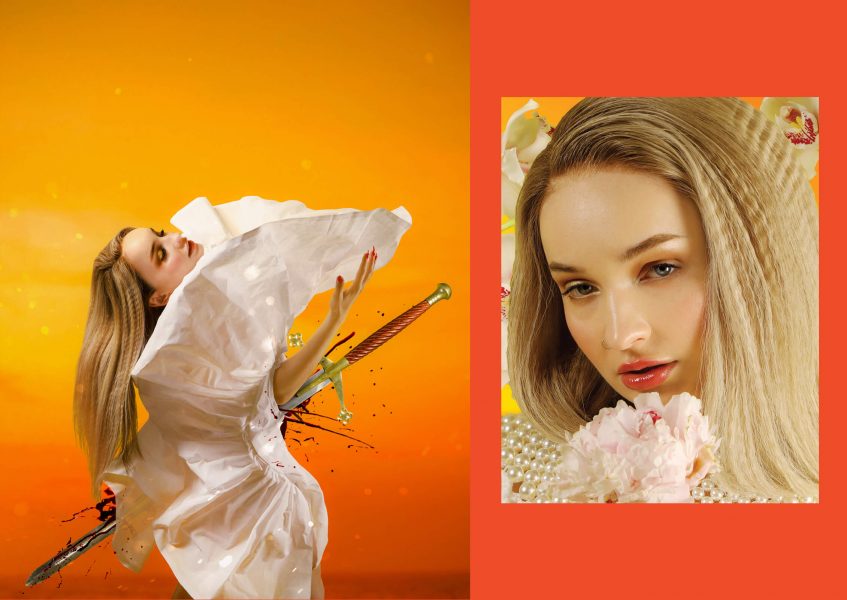 It feels like shit! Heartbreak is hard for everybody, but it’s cool when you can work through it by writing about it.

I write songs and put those emotions into my music to make myself feel better.

What does pop music mean to you?

To me, pop music is an escape from my problems. I can put on my headphones and listen to it for three and a half minutes to forget about everything that’s bothering me. It’s always been that way for me. I feel like pop definitely saved my life in so many ways. I suppose, now, pop music is a little bit of a headache to me as well because I’m always working on my next pop confection and my next perfect pop song. When I listen to a new song for the first few times, I’m like “fuck, this is so good. I wish I would’ve written this” and then I analyze it – unless I’m at a club having fun and hear a pop song, then I completely forget everything.

It’s always different for every song. I feel like I’m inspired by the smallest, most random things a lot. It can be a conversation with a friend, it can be watching a movie, it can be walking down the street and seeing a street name… Literally anything. Sometimes, I get words stuck in my head and I just have to sing them and put a melody to them. 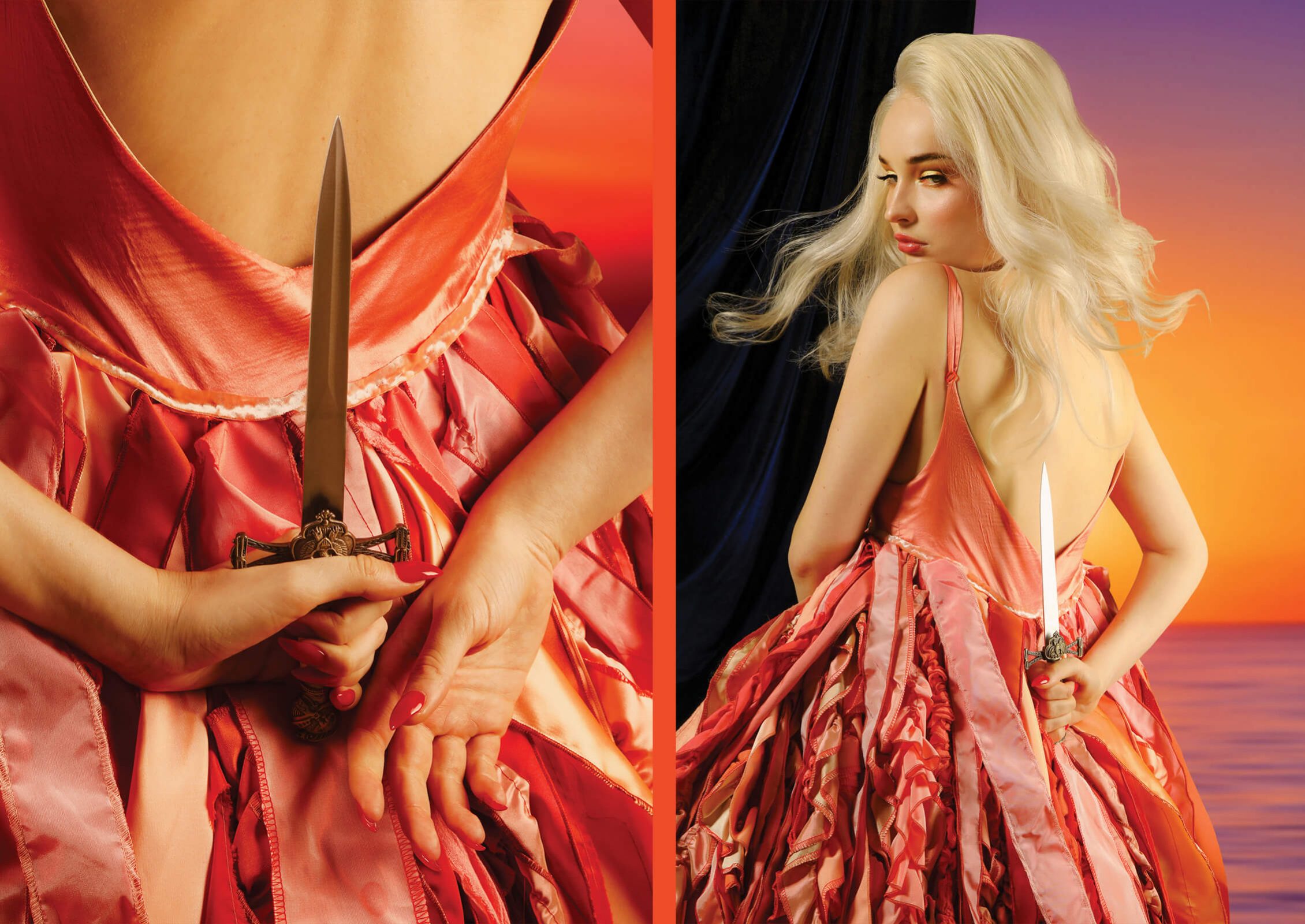 Do you listen to much German music? Have you ever written a track in German?

I wrote a German verse for “In The Next Life” on Turn Off The Light Vol. 1, but my favorite songs have always been English songs. There are some great German songs, but they’ve never really been my favorites.

I do! It was about a boy that didn’t like me back in school. It was really bad. Just horrible. I wrote it in my bedroom on a little keyboard and I will never share the name of it with anyone. It sucked!

Which song or lyric on Clarity is your favourite and why?

Probably actually “Clarity” with the lyric “I’m the bitch with the sauce, apparently.” That’s my favorite lyric on the whole project because it’s just sassy and cocky and funny. When we came up with that lyric it was just the best thing in the world. All the lyrics on the second verse pop off, but I haven’t gotten tired of that lyric yet. People actually bring sauces to my concerts, now. Just bags of sauces. It’s amazing. I should make a song about money next. 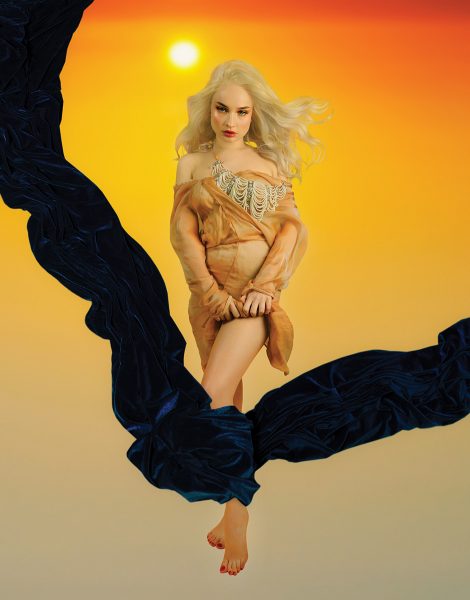 What did you do for pride?

I performed at a lot of events – including Pride Island for World Pride, which was amazing – and went to a lot of parties in New York all in different outfits.

I’m a Virgo. I feel like I’m more of a Leo than I am a Virgo, though. I’m just barely a Virgo, really. Two days before my birthday is the end of Leo season, so I feel like I’m a mix of both Leo and Virgo. I’m definitely as psycho as Virgos are, though!

How was touring with Troye Sivan?

Amazing! I love him. I’m really thankful for the opportunity to tour with him and I’ve gained some amazing fans from it. I had a great time with him!

How do you find the balance between being a pop star who happens to be trans and being a “trans pop star” while still representing the community?

That balance has been really hard to find, especially since it hasn’t really been done before. In the beginning, I used to be very worried about my identity overshadowing my art, so I prioritized my music and insisted on not talking about being transgender. This led to the problem of some people saying I didn’t want to be an advocate for the trans community but, when I did talk about it, I’d be accused of using my identity to further my career. The balance has been really difficult to find. Now that I’ve proven myself as an artist and have built myself from the ground up, after putting in the hours and writing over 800 songs to become a good songwriter, I feel more confident that I can just be whoever I am, make the music I make, and talk about it as much as I want. 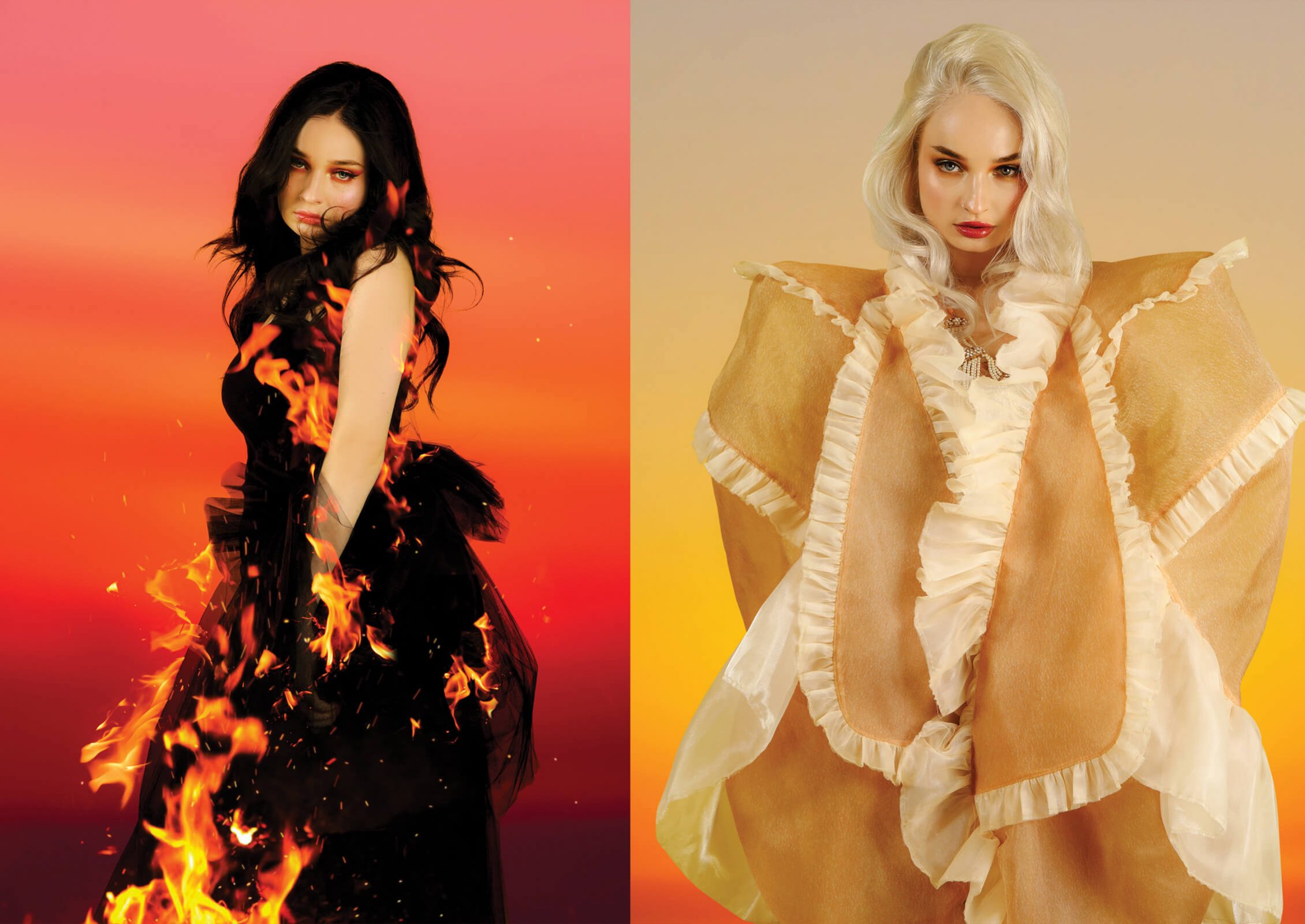 As Cher once asked, do you believe in life after love?

How do you best spend your downtime?

I spend it glued to my bed and watch some random shit or go to theme parks with friends. I love theme parks. I love Disneyland. I also love watching horror movies, but mostly it’s hanging out with friends. Nothing else. It’s my favorite way to be.

Have you ever seen a ghost?

No! I wish! I really want to see aliens or a ghost, but I’ve never seen anything supernatural. For that reason, I’m really skeptical. Even though a lot of close friends – people I trust – have told me they’ve seen a ghost or an alien, I find it hard to believe because I haven’t seen one myself. Hopefully one day I will! 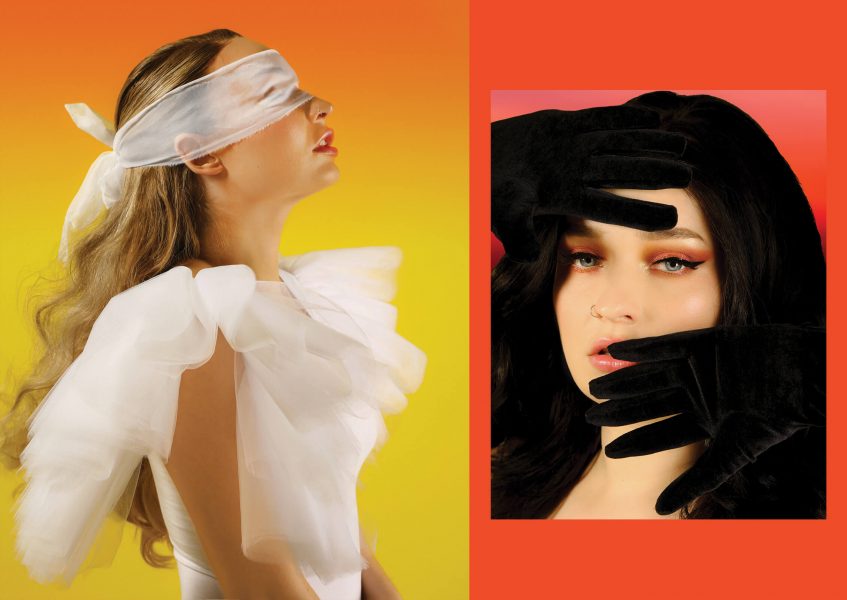