Since the runaway success of their debut single “Stolen Dance” in 2013 – which has snowballed to 800 million streams on Spotify, as well as becoming the most Shazamed track of that year – Milky Chance have gained almost 10 million monthly listeners and released three full-length albums.

Speaking on the new mixtape, Milky Chance explain: ‘We spent so much time in the studio the past couple years, working on new music and “Colorado” was the big kick-off. But in lockdown two things happened – next to ‘Colorado’ we found ourselves with so many new songs we love and we kind of got into making our own versions of other artist’s songs we enjoy.’

Having pinned down their signature playlist-friendly indie-rock sound, Milky Chance’s Trip Tape is a vibrant taster of the band’s vibe ahead of their next album.

Listen to Trip Tape below: 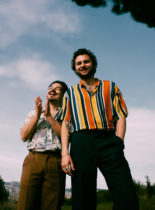 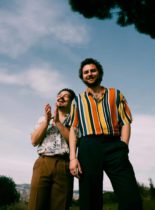