Model Georgie Somerville depicts the 90s grunge movement and youth culture through a modern lens in a new editorial.

DJ, producer, singer, songwriter, and musician Bklava creates an exclusive mix for Notion and chats about her new 'Autonomy EP'. 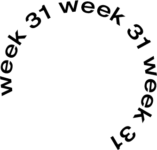 Hip-hopper Darrell Cole talks us through his musical firsts, from embarrassing first tracks to being on TV at 18.

Reggae dancehall legend Sweetie Irie shares his new single “Shaker” and chooses 10Trax that you won’t be able to resist.

A New Era for Bipolar Sunshine

‘The Devil Wears Prada’ Zoom Call is Under Auction

The stars of the cult film, The Devil Wears Prada, are reuniting for a charity call - and you could win the chance to join them.

Rated Reads shares our pick of the best articles from around the web. This week: how pop-punk has been transformed by the internet generation and a Wolf Alice interview.

“He’s Not You” by VÉRITÉ

Brooklyn-based singer-songwriter, VÉRITÉ, reveals her vulnerable side with her new funk-laced single “he’s not you”.