With winter (very) slowly but surely crawling to an end, all our thoughts are turning to summer.

Claiming its title amongst the most seminal venues on the White Isle, Amnesia Ibiza is priming its doors for the upcoming season which is shaping up to be another colossal one.

Kicking things off on May 9th, the hallowed opening party is being headlined by a band of historic selectors, featuring Paradise curator Jamie Jones, fabled techno legend Adam Beyer, and crate-digging American favourite, The Black Madonna; in addition to sets from Anna, Cuartero, Michael Bibi, Carolina Fe and many more.

The rest of the season then pans out like this: Pyramid is taking over the Sunday slot from June 7th – September 27th, with their all-immersive nights having attracted talent from the likes of Nina Kravitz and Ricardo Villalobos in the past. The iconic Elrow party is taking the reins of the Saturday sessions from May 23rd – September 26th, serving up some of the most fantastical clubbing experiences on the Isle. But, on top of all this, Amnesia is welcoming back legendary party aficionados, Together, to curate Mondays from June 1st – June 29th and then from September 7th – October 5th. Keeping us waiting with bated breath for the complete line-up of their 10×10 festivities, all we know is that former residents Chase and Status will be gracing the stage once again, concocting their intoxicating mixes of pumping beats and deep selections.

We’re keeping locked in for more announcements. But, this summer looks like it’s shaping up to be a vibey one after all. 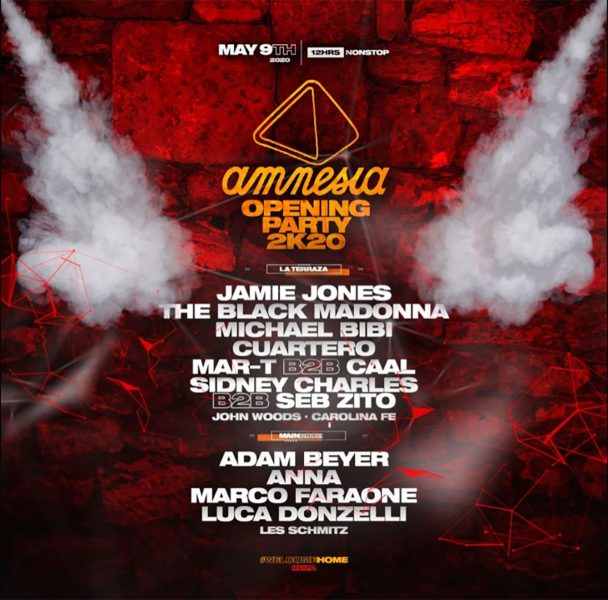