Benedict Sinister has released a playful new tune, "EDM Mockney", and we sat down with him to find out all about it.

Benedict Sinister has been an enigmatic staple of music for 20 years now. Keeping his identity shielded so as to draw attention to the artists to which his work pays homage, Sinister has travelled all over the world, playing covers of his heroes such as Leonard Cohen and The Smiths, before starting up his own fascinating musical space upon his move to Brooklyn in 2018.

His enigmatic musical taste has taken him through all sorts of genres, all aiming to capture the music and art that has inspired him. Sinister’s multifarious interests are all brought together on his mischievous new tune “EDM Mockney”, a tongue-in-cheek ode to classic British rave culture that runs through a gamut of British icons which make up the cockney milieu in which Sinister is playing. It’s all shot through with Sinister’s unpredictable sense of humour.

On the track, Sinister says, “Mockney means fake cockney, like the accent i use in the song. The track namechecks the fakest cockney accents in film history! But I was also inspired by British mockney icons such as Mick Jagger, Crass, Jamie Oliver, Guy Ritchie, and of course Russell Brand. Love you mugs!”

To celebrate the release of this unique new track, we sat down with Benedict Sinister to chat about his cockney inspirations, his love of comedy and the lessons he learned from the latest Bond film. 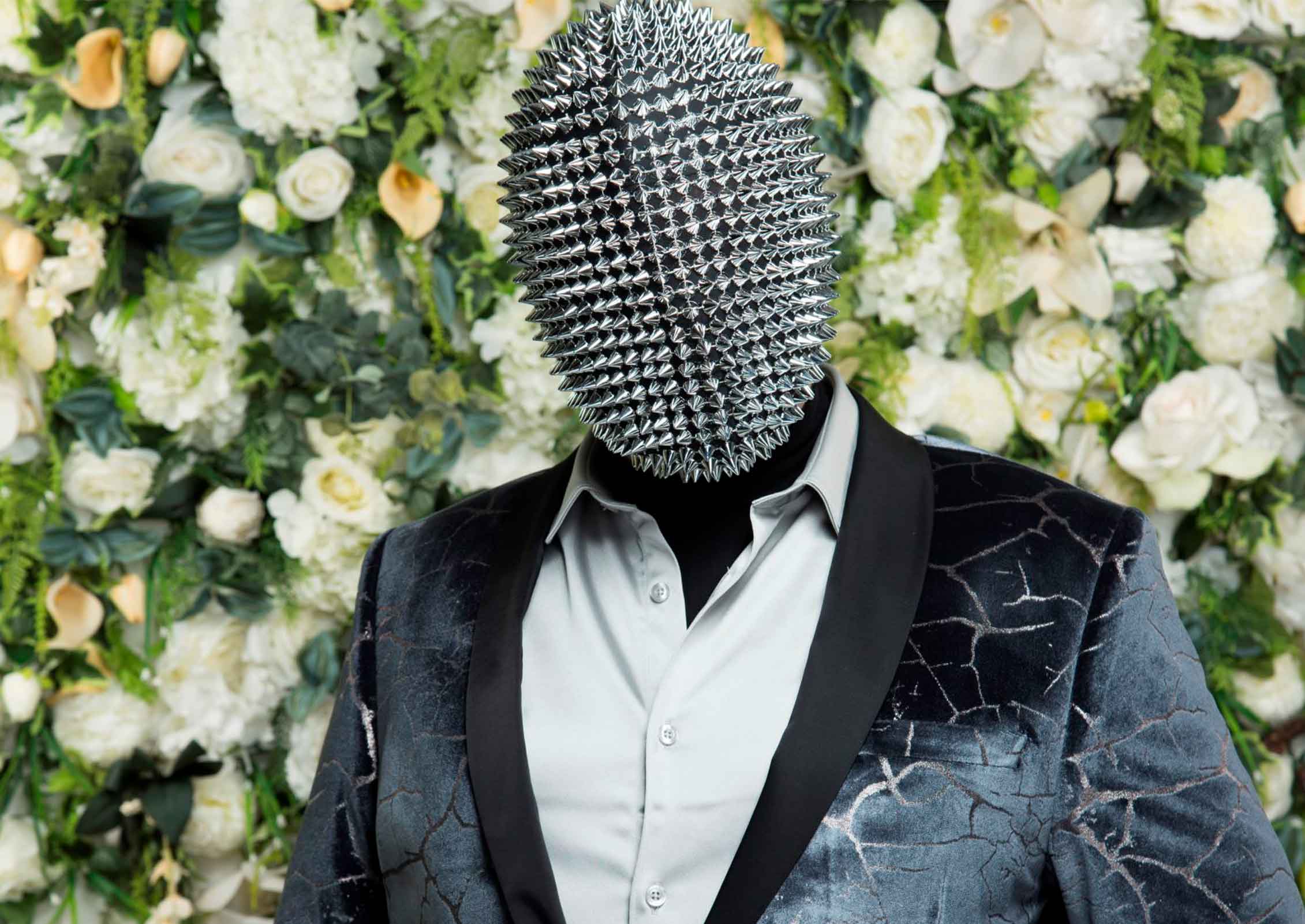 What drew you to the idea of playing with Mockney?

They may seem like execrable instances of cultural appropriation, but I believe fake cockney accents and invented rhyming slang terms are part of a distinct mockney culture that in its inauthenticity gives enormous creative license.

As I’m a Method Singer, before I recorded “EDM Mockney” I immersed myself for months in the culture, studying  Don Cheadle in the Ocean’s movies and Dick Van Dyke in Mary Poppins, and tossing arrows and downing jellied eels with Guy Ritchie, Jamie Oliver and Mick Jagger.

What is the appeal to you of hiding your identity?

Just look at Twitter and it’s obvious – when people’s identities are hidden, their personalities flourish. On Twitter that means an avalanche of pettiness, self-righteousness, xenophobia, conformity, one-upmanship, bullying…. Proving that a lot of people fall into the Personality Type known to expert psychologists as cunts.

For me, hiding my identity gives me license to explore my obsessions – other songwriters, the corrida of love and sex, intoxication, and giving good interview!

How have your experiences working all across the world helped you develop musically?

What I learned mostly from all my travels is that we can connect with people anywhere through our common bonds of humanity that supersede any racial or cultural divisions. That and the best dishes to order in restaurants serving a wide range of ethnic cuisines.

You talk about paying homage to your heroes. What does a great tribute look like to you?

Usually the moment I know for sure that one of my tribute tracks has really hit the mark with one of my heroes is when I receive a Cease and Desist letter from their lawyers.

How do you balance immersing yourself in others’ work whilst still creating your own unique art?

I invented a new form of song that is made up of quotes from other songs – like my “Sixteen Lines from Bryan Ferry” and “Spitting Rhymes from Debbie Harry.”

Also I adapt songs into English from other languages, and change their genres, like I did with Gainsbourg in “Going Away” and Vincent Delerm in “Your Parents.”

Lastly, I like to include jokes about other songs in my songs, like the references to “Ebeneezer Goode” by the Shamen in my “EDM Mockney”: 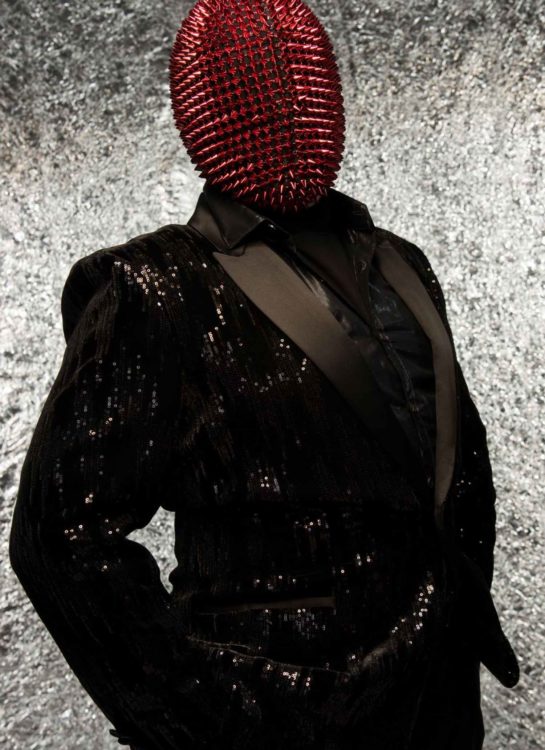 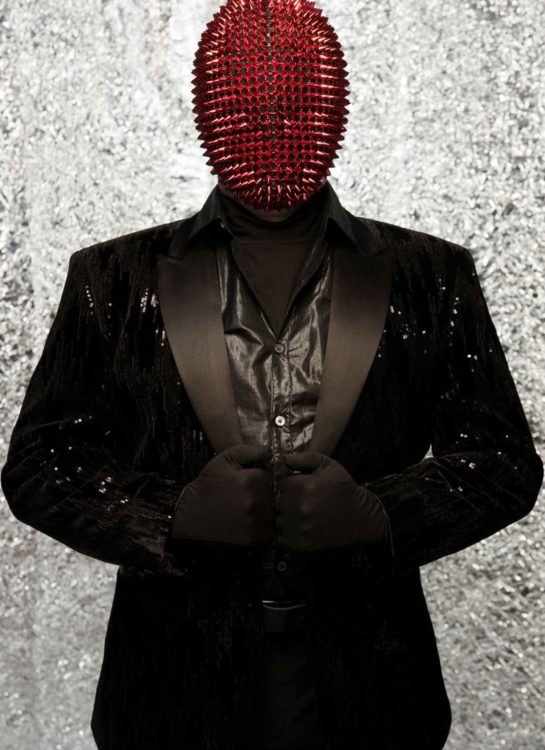 You refer to some comedians like Ricky Gervais in the new album. Why did comedy come to you as a key idea here?

I appreciate wit and playfulness in music as I do in all aspects of life – and many of the greatest songwriters have felt the same way, like Cole Porter, Prince and Max Martin. As many of the best examples of wit and playfulness are found in comedy, it makes sense that songwriters study the best of comedy – like The Office UK – to improve their art.

What have you learned from living in Brooklyn lately?

Do not smoke bufo from the toads in the Gowanus Canal.

Is the idea of having a set persona important to you? Do you want people to recognise your music by name?

It makes commercial sense to have a recognisable persona for the fans to “relate to,” but I’m just too honest to pretend to have some kind of “identity” or “authentic self,” or to “be true to where I came from.” Artists who claim those qualities are clearly fooling themselves or trying to manipulate the crowd. Me, I’m proudly, honestly all artifice, aspiration and inconsistency.

The last Bond film has inspired me to become a screen writer, as it seems these days you don’t need any original ideas to get your movie made. Why have different back stories for your two leading characters? Each one can separately get caught under the ice of a frozen lake outside their respective childhood homes where they hid as children from their respective parents’ assassins….

I’m dropping an NFT collection using highly sought-after out-of-focus out-takes from the “EDM Mockney” video clip, exclusively limited to only 10,000 editions. The primary purchasers of this NFT will be entered into a raffle to win a coveted backstage meet and greet with me before my interview on the psychedelics podcast “The Toad Less Travelled.”

Watch the music video for the new single below: