girl in red has been keeping her cards close to her chest. Until this week, details around the Norwegian artist’s highly-anticipated debut album were a mystery, the title and tracklist yet to be shared. It was an unusual move by industry standards, but not for a dynamic young musician who, despite her mounting fame, has always kept much of her life private.

Withholding the details of her first full-length record to create a sense of mystery has been a wholly conscious decision from girl in red, AKA Marie Ulven. In order to create maximum buzz around her “very explosive and ambitious” project, Ulven had kept fans waiting for as long as possible, knowing she had them on tenterhooks.

To keep hungry fans fed, on 3rd March, Ulven not only announced the name of her upcoming record – ‘if i could make it go quiet’ – but shared the tracklisting and a new single, “Serotonin”, co-produced by Billie Eilish’s longtime collaborator, FINNEAS. “Serotonin is one of the coolest songs I’ve ever heard and I am THRILLED that I got to be a part of it”, he tweeted. The bouncy new track gives us an unflinchingly honest look inside Ulven’s mind, as she sings: “I get intrusive thoughts like cutting my hands off / Like jumping in front of a bus / Like how do I make this stop”.

The BBC Sound of 2021 longlist artist forged a name for herself through self-made, confessional bedroom pop, and as she’s grown, her music has grown with her. Whilst some artists hand over a chunk of control to producers, managers and marketing teams once signed, Ulven’s grip on her artistry has never slackened. For such an autarkic artist, it was only natural that Ulven would retain full command over her music going into this album, continuing to write and produce some of the tracks entirely herself. Besides FINNEAS, Ulven told Notion that she only worked with one other producer – Matias Tellez. Rather than collaborate remotely, Ulven and her pet dog would road trip the eight hours from their home in Oslo to Tellez’s digs in Bergen to work on the album in person.

A sonic excavation of her own mental health, personal growth and a look back on the past year, ‘if i could make it go quiet’ is slated for release on 30th April. Until “Serotonin”, “rue” was the only existing cut from the record, a brilliant single with layers of depth, inspired by Zendaya’s character in the hit show Euphoria. “rue” was written at a time when Ulven was particularly struggling and felt like a burden to her family, but also carried a message of hope and drive to get better.

Notion spoke with girl in red about everything surrounding her forthcoming album; what we can expect and how the process uncovered her boundaries, as well as her relationship with social media, and why she’s already looking ahead to her next project. 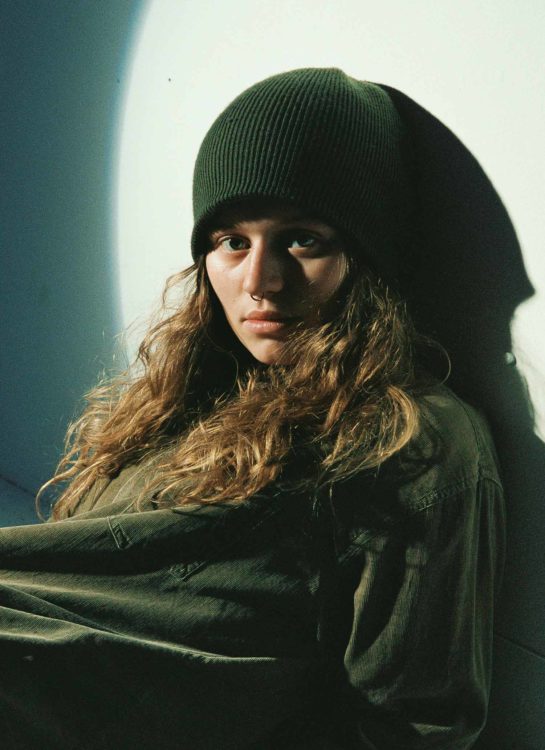 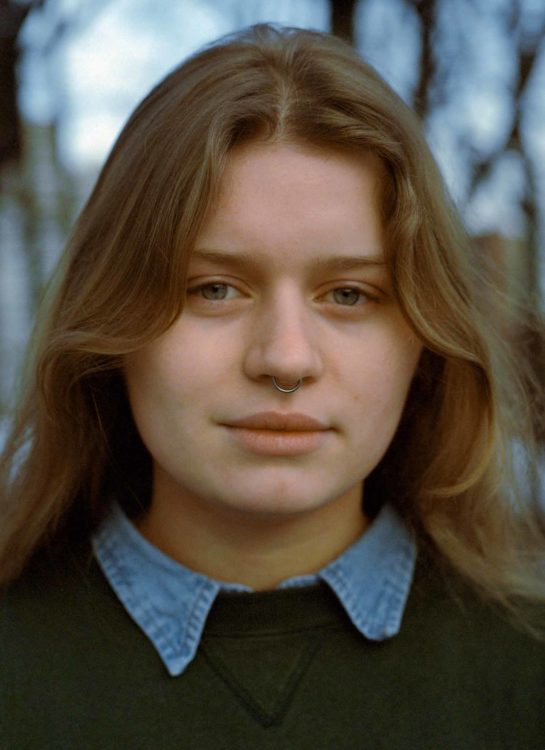 It’s been somewhat refreshing to see an artist retain so much of their album ahead of it dropping. So many people end up releasing about 90% of the album in the run-up to sharing it, that by the time the album is out, there’s not that much excitement left. With yours, because we know so little about it, it feels exciting. But what was your reasoning for keeping it under wraps?

I feel the same way. That’s been my argument for keeping it like this. What’s the point of putting out nine songs and then just having one new song when the album comes out? That’s just not very interesting. I think buzz is a very important word here because you create more buzz nowadays by being a little bit more secretive. Holding your cards close to your chest. It’s definitely been a conscious decision from me.

You’re very autonomous. In the past, you have written, recorded and produced all your own music. What’s the creation process been like with ‘if i could make it go quiet’?

It’s remained fairly close. Because I started all the songs; all the ideas and all the lyrics I’ve written myself and the ideas for the beginning of the production. On some songs, I’ve produced the whole way through, but then I’ve taken all my ideas and all the songs that aren’t finished to a guy in Norway. He has a studio in Bergen. So I’ve been driving back and forth from Oslo to Bergen which is like an eight-hour drive. Me and my dog going on road trips to Bergen and just finishing my album here, really. So it’s been a little bit different, but I don’t feel like I’m working with the producer, I feel it’s more like a producer working with me. I still have all the control, but now it’s extended to having this person who knows a lot more about sound engineering and has a lot of cool gear and makes things sound bigger.

Yeah, this is your first full-length album. It’s important that you can look back on it and know that you did everything exactly how you wanted it to be done. I’ve seen sometimes that as an artist grows, they lose a bit of control because a lot of people get involved. And then they look back and don’t feel that work was a true representation of themselves.

Yeah, I think that’s what’s gonna make you different from other artists. When you have a lot of voices and a lot of people’s opinions, it gets really hard to navigate. So I think it’s really important that you can say, ‘It’s my opinion that matters the most’.  There’s definitely been more voices on this project, and it sometimes gets very noisy. I had to put my foot down and be like, ‘I’ll give you this [song] when I’m happy with it, and then you can give me your opinion’. It’s been really interesting getting to know my boundaries and being very focused on doing this how I want to do it.

What can we expect from the album?

I think it’s very explosive and ambitious. It’s very loud in different ways. I think every single song has a very strong identity. It’s not a very bland album. I think there are really great albums that are just comfortable to listen to, but on this, every single song has such a strong opinion. It’s very playful also. I think I’ve had a lot of creative energy. I’m also exploring myself as a musician and sort of stepping out of that ‘bedroom pop’ label that a lot of people have given me. It’s heavily guitar-driven but I’ve messed up the sound so much that sometimes it doesn’t even sound like a guitar [chuckles]. It’s ‘girl in red 2.0’ in my head.

Due to the ongoing pandemic, social media is playing a bigger role than ever before in artists’ lives. How do you feel about it?

I have this very weird relationship with Instagram; just social media in general. My body’s just not having it. I get very anxious just going on to Instagram. I don’t know what it is.

Negative feelings towards social media is something a lot of artists have expressed recently, and it’s completely understandable because it’s this vast place where people have come to expect constant access to others. Musicians have said to me in the past that you feel like you have to continuously keep up and keep feeding their following with content to stay relevant – especially the moment because we’re all at home, and we haven’t been able to connect with people face to face with live gigs. Social media has become one of the only points of access to artists.

Yeah, I agree. I really miss being a person in the world and meeting people, I feel like, everything you say nowadays is just gonna sound weirder when you say it on Instagram or wherever. Because it’s like, we just forget who we are.

I’m not really a big fan of it [social media]. Some days I feel really connected to using it and everything I say there just feels right. But honestly, I’m kind of sad that I’m putting so much thought into it, you know, my relationship with an app that allows me to connect with people. Instagram is just a fucking drug.

Gigs haven’t been able to happen for quite a while, but your shows seem like a riot! I’ve heard there’s mosh pits and crowd surfing. How does it feel to get such electric reactions?

It was like, the craziest high ever. Going on stage just made me feel like the coolest person ever. I just absolutely loved it. I really miss it. I just felt so comfortable on stage and that I knew every person in the crowd and we all had this common understanding that we’re just gonna have so much fun right now. Every show felt so unique and special, and I I really, really fucking miss it. When I was in the middle of it all, I was about to break down, but you always forget the shitty things because there are a lot of ups and downs in touring. You feel lonely and you get exhausted and you feel like you have nothing left. You’re always starting at zero and just going to minus 10 after every single show. But I miss being on the road with my friends and meeting a bunch of cool people and hanging out with my fans.

How have you been coping in lockdown?

I struggle with winter depression, and I know a lot of other people do as well. Being inside all day and then going out and it’s dark. It’s like it feels like never-ending. I remember in high school waking up and it was dark too. Now I actually wake up when it’s kind of bright because I can’t sleep well. I have a dog so I sleep till she wakes me up at nine usually.

Lastly, do you think that if an artist is not growing constantly, they’re stagnant?

Personally, I have two opinions about it, I think yes and no. Some artists work forever inside their little box and they’re very content doing that. It doesn’t make them any less of an artist or anything. I follow people who have been making similar sounding music for so long, and if that’s what they want to do, that’s fine. But I personally wouldn’t feel very excited by my own music if I stagnated creatively. I’ve barely finished my first record and I’m already on the new shit, thinking about what I wanna do next. I think that’s a very interesting part of being a musician or artist is to say something or tell a story in a way you’ve never told one before. But I think I naturally just continue to do things that excite me because I get very bored easily.

It would really suck if if I didn’t grow as an artist in the span of four years. If someone said, ‘Oh I wish she made more music like “i wanna be your girlfriend”’, it’s like, ‘Girl, I made that song in 2017!’ It’s just so sad and unrealistic to be making the same shit for four years.

Stream girl in red's music below: 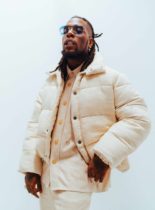 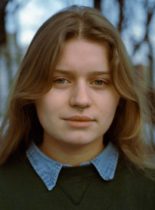 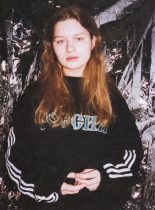