HE.SHE.THEY are the Collective Bringing Inclusivity to the Dancefloor and Beyond 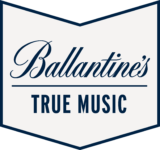 Notion caught up with HE.SHE.THEY founders, Steven Braines and Sophia Kearney, to hear the story behind their inclusive brand’s plans to disrupt the music and entertainment industries and to Reset The Dancefloor with Ballantine’s True Music.

“The problem with diversity and inclusion isn’t just limited to dance floors – it’s society-wide”. HE.SHE.THEY co-founder Steven Braines says. It was this need for change, coupled with a careers-worth of contacts and business-savvy, that led to the creation of He.She.They.

HE.SHE.THEY parties were created to be “a place without prejudice for people to be people” that are “irrespective of age, race, sex, gender, ability, religion, background or sexual preference”. Having now taken place in more than 11 countries around the world and countless cities, HE.SHE.THEY has had a real, long-overdue impact on nightlife.

Steven and Sophia banter and riff off each other in the way that only old friends can. Immediately, you feel part of their gang, and that feeling of inclusion and acceptance is exactly what they’re trying to bring to the world. Whether that’s through their free-thinking parties across the globe, their slow-fashion brand, podcast, house and techno record label and – please welcome to the stage – their new app. The sheer amount of projects the pair have might seem overwhelming, but from the sounds of it, they’re only just getting started.

But first, let’s wind back to the beginning. Before creating HE.SHE.THEY, Steven and Sophia managed heaving-hitting electronic acts such as Maya Jane Coles, Tale Of Us and Tricky, amongst many others. “We’d been on an infinite amount of panels where people kept being like, ‘There’s a problem; things aren’t very diverse anymore. There’s problems with queer spaces, there’s problems with female representation, problems with representation of people of colour, representation of trans people”, A lightbulb moment happened as they thought, “Why don’t we actually try and solve this with an intersectional hat on?” And so He. She.They was born. The brand name was chosen “so that men, women, and non-binary people would have parity, and that everyone was declaratively represented”, Steven states.

Whilst HE.SHE.THEY’s parties are the venture the brand’s best known for, the events first began as a support for Steven and Sophia’s first foray into fashion. Launching a genderless slow-fashion brand of the same name at London Fashion Week, success was almost immediate…until Covid hit. Problems arose with production – one of the firms HE.SHE.THEY were using to create clothes went bust, and then a factory furloughed its workers for months at a time. Rather than be discouraged, however, Steven and Sophia turned their attention to the parties. At the same time, other areas of the HE.SHE.THEY brand were taking off, and they were given a record label imprint from Warner for their techno and house music artists.

On top of all of that, there’s the aforementioned HE.SHE.THEY app, which is launching imminently. “It’s going to be a combination of social networking slash dating. It’s not exclusively for either, we just want people to connect”, Sophia explains. “It’s a reason why so many people gravitate to cities who maybe identify differently, to come and find their own family. We wanted to create a network for that online”. As well as connecting, the app was also made as a safe, online space for people to express themselves freely. “We’ve seen on big apps that so many people are being censored in the queer community”, Sophia expands. “A man is allowed to show a nipple but a woman isn’t allowed to show a nipple. A lot of these things are starting to become quite restrictive and problematic for people expressing themselves”. As the app builds out, members will be able to buy tickets to HE.SHE.THEY events and exclusive merch, as well as make and join chat rooms set up for different parties to connect and attend together.

“Experimentation is encouraged as one of our taglines and we most certainly encourage our audience to do so with themselves and with their dress and with their identity. And we also tend to do it with our brand as we seem to be doing a little bit of absolutely everything”, Sophia chuckles.

Constantly smashing boundaries, there’s going to be a HE.SHE.THEY BBC Radio 6 Music show on Christmas Eve, hosted by Sophia and Steven’s drag alias, Sandra, a gruffly-spoken “landlady from Blackpool who runs a B&B”. We can catch Sandra at some HE.SHE.THEY events, as well as at the returning Secret Garden Party next year, as she hosts ‘Sandra’s Songs for Slags’ at the festival. “I just play trashy songs”, Steven promises.

With so much going on, I wanted to know how on Earth they juggle it all? “We type very, very, very quickly! We don’t sleep a lot”, Sophia attests, laughing.

“It’s crazy, at the same time that we’re just launching the app, we’ve also launched Maya Jane Coles out in 30 countries. And Louisahhh’s new album. We’re doing HE.SHE.THEY x Torture Garden. There’s so many things to do and you can just will them to happen or you can do them”, Steven tells me. “Everything creates more opportunities. It sounds like we’re doing a lot but there’s a lot that we turn down”.

“I talk him out of a lot of things and then we’ll meet somewhere in the middle”, Sophia adds.

“There’s so much stuff that could be disrupted. The problem with diversity inclusion isn’t just limited to dance floors – it’s society wide. We’ve turned down a lot of brands. If it feels like it’s purely performative then it’s not the one. There’s a lot of [companies] who will do a Pride stream but they want their product placement everywhere. They’re not enabling a community, they’re just trying to brand the community, it’s so different”.

This now brings us to another feather in HE.SHE.THEY’s cap. They’ve been working with Ballantine’s True Music to help increase equality within the live music and nightlife industries. The Scottish whisky brand’s ‘Resetting the Dancefloor’ report found that 1 in 3 music lovers globally have experienced discrimination and a further 84% have seen it on the dancefloor. With this in mind, Ballantine’s have created a six figure music fund to support emerging collectives and artists in promoting and progressing equality within their scene, and HE.SHE.THEY have been able to select one of the winners. “It’s been nice to work with Ballantine’s. They’ve been helping us get our message out to people. We get to pick who the grant money goes out to. It’s a lot more earnest than a lot of other brands do”, Steven attests.

After a deeply researched and thought-through selection process, HE.SHE.THEYy chose to award a grant to Bal U Bozeny, a Polish collective that puts on voguing and ballroom events in Warsaw. Despite there being so many incredible grassroots collectives to choose from around the world, Steven and Sophia felt a particular affinity with the country as three Polish dancers for their parties, Mama Stylist, Brother of Set, and Kate Maru have since become close friends of Steven and Sophia. “This ball [Bal U Bozeny] is such an outlet for a group of people in this community who are struggling with support from their own country. [Poland is] also a country that is very unlikely to give them an arts grant, whereas other countries like Spain and the UK may well be able to apply for some public funding. So that’s what led us to our final decision. We can’t wait to platform them”, Sophia explains.

What everything always comes back to, though, is how much of a difference to people’s lives HE.SHE.THEY want to make. Steven shares that although the parties have travelled to more than 11 countries around the world (they would be on 20+ now if it weren’t for the pandemic, apparently), it’s a party in his hometown of Newcastle that meant the most to him. Held at Digital, one of the city’s biggest clubs, a local promoter had warned He.She.They not to label the night as queer-friendly, for fear it “might put people off”.

“There’s this odd mistrust that a lot of queer people felt that they couldn’t go into the space because something bad would happen”, Steven says. “You’ve got Honey Dijon, who’s a Black Trans woman, and you’ve got Maya Jane Coles who is a mixed-race lesbian [headlining]. If people are buying a ticket for that, surely they’re kind of ok that other queer people might be in the club, you know what I mean? But there’s something about declaratively telling people in spaces, they thought that they weren’t allowed or necessarily welcomed in. We had 8 drag queens dancing onstage and there were a lot of people using that space for the first time. For Steven personally, running a HE.SHE.THEY event in Newcastle, and Digital in particular, was a full-circle moment. “I thought I was straight”, he reveals. “So I feel like I repaired an old trauma by going back there as this unabashedly pansexual, queer guy, with my boyfriend in the space that was part of my denial being young in this really het-normative, cis-het, macho culture. I mean, I did judo, wrestle, kickbox, all these things as this bruiser guy. It sounds so silly now, but I felt that there was a binary choice between being straight and gay because that’s what it seemed like in Newcastle and Sunderland. Having all this language in London; people being bisexual and pansexual, it didn’t change me, it just allowed me to actually be me because I could articulate me. It was really important to me personally, the Newcastle one, and seeing the real difference that it’s made to people, so we’ll be back there”.

HE.SHE.THEY’s parties have been breaking boundaries on the other side of the world, too. Steven recalls a night in India: “There was a girl saying she’d never been asked out by another girl in a nightclub before. [We were] platforming all these different queens, and on the lineup was Wax Wings, he’s a queer person of colour, Louisahhh, a ferocious woman, and Lewis G Burton as a non-binary person all being on the decks. Lewis’ big green hair looks fantastic, but they just hadn’t really seen that happen there. And the fact that it was such a mixture, and it wasn’t just three cis straight guys in the space, it was this genuine diversity. So that was really rewarding, and we’re gonna be back out there. You really think, fuck me, we’ve lit a match to help start something”.

We don’t think we’ll be the first to say – long may it continue.

To discover more about Ballantine’s True Music and the Resetting The Dancefloor head to ballantines.com/true-music