Honing his craft since he was a boy - from rap battles in the playground to sellotaping his photo onto his first mixtape, Kofi Stone’s journey has been one of passion and completely innate ability.

Arriving on the UK scene in 2017 with his debut single “Stories in Pyjamas”, quickly carving out a name for himself with his own brand of narrative, honest hip-hop. Hi debut project, ‘Nobody Cares Till Everybody Does’ arrived in 2019 featuring a hat-trick of leading UK talent, namely Loyle Carner, Maverick Sabre, and Ady Suleiman. A fan of collaborations, Stone kept up the pace by teaming up with beatmaker and producer edbl on “I’ll Wait” and The Silhouettes Project, Joe Beard and Purple Cloud on “Like We Used To”. This year, the rising rap star linked with Eerf Evil and Srigala for “Dreams”, and then most recently, powerhouse vocalist, Jacob Banks for “Broken Chandeliers”. You can really feel the synergy between Stone and his collaborators, an energy that emanates particularly when there’s a really natural connection. As we learned from Stone, that’s exactly the case. 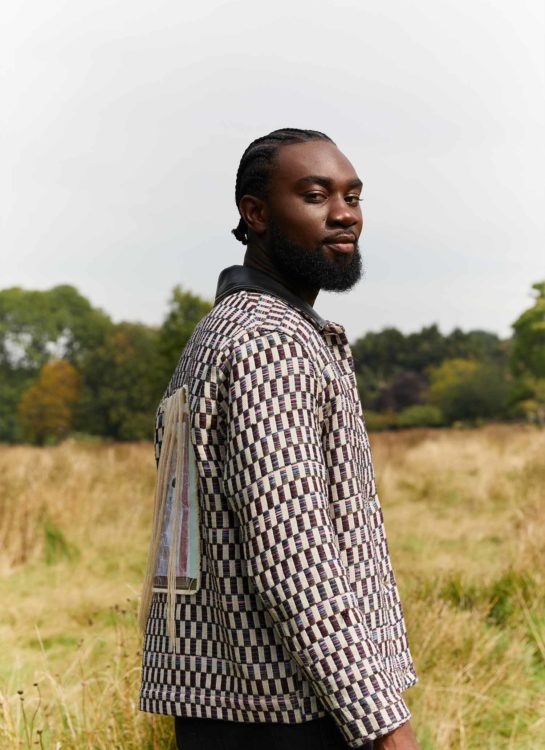 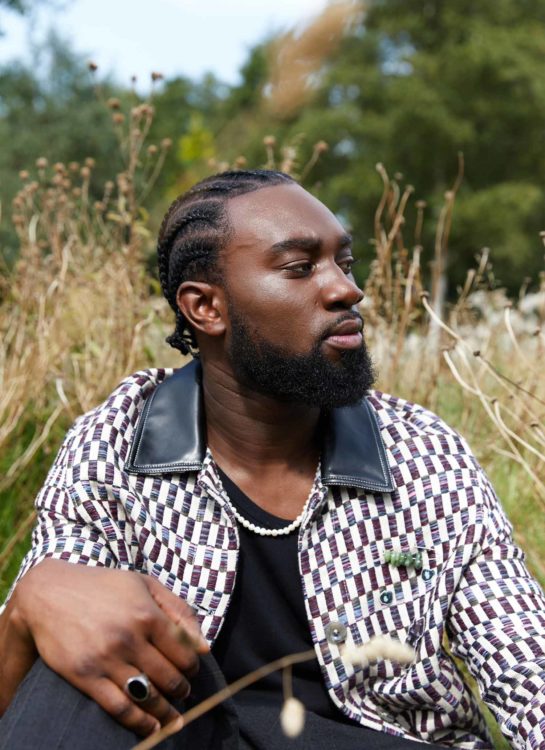 When we catch up with the burgeoning artist, he’s gearing up to perform at Brixton soul, jazz, and funk festival, Cross The Tracks on 5th September. Since restrictions on live music were lifted this year, it was set to be only his second performance after Loyle Carner brought him out for their empowering song “It’s Ok to Cry” at Oxfordshire’s Wilderness festival in August. One of Stone’s biggest tracks to date, the song’s recital at Cross The Tracks last weekend had the whole crowd singing along. That’s the thing with Stone’s music – not only do you feel it in your chest, but it has the power to really resonate and make a lasting impact.

We took a deep dive with Kofi Stone into the multi-layered meanings behind “Broken Chandeliers”, family inspirations, and what he’s working on next. 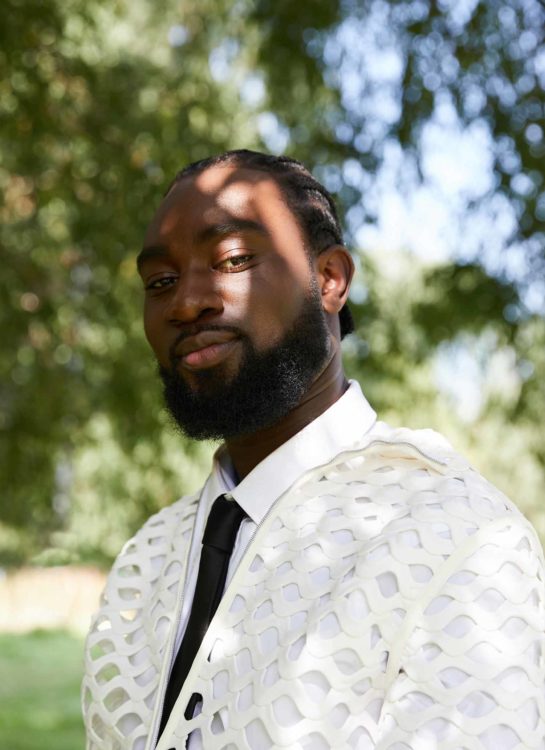 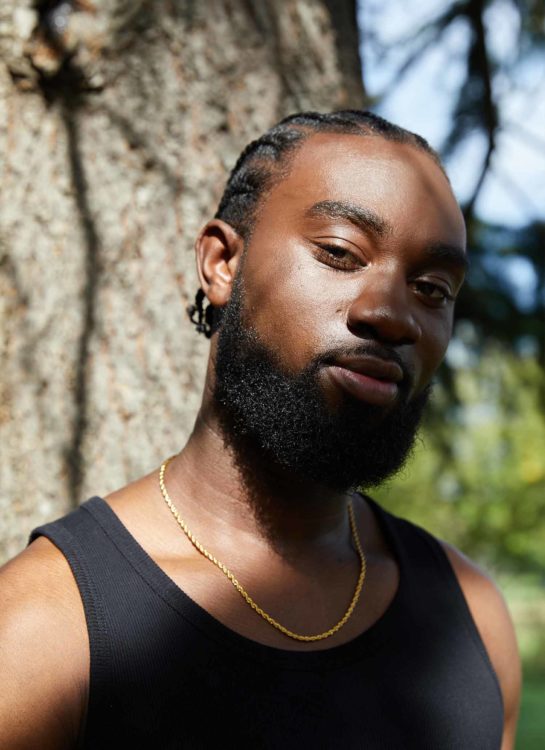 You’ve collabed with Jacob Banks on your recent single “Broken Chandeliers”. How did this come about?

We go back quite a bit actually because he’s from Brum as well, he’s from Birmingham. I met him maybe like, seven years ago at a talent competition in Birmingham. We became friends from there. I featured on his first-ever EP. It’s not on streaming I don’t think but we just never got to do anything. And he blew up so I thought now would be the right time because the song’s right for him. I just got in touch and he was down to do it.

Did you have him in mind when you were making the track or did you realise you needed a vocalist after writing your bars, and Jacob came to mind?

I had the song for quite a while. Originally, the beat had a sample in which we couldn’t clear. When we reworked the song, it felt like it needed a vocalist. I thought, ‘who would be perfect for this?’ And Jacob Banks would definitely be the guy for it. It was quite a long process, actually, because after not being able to clear the sample, I think we tried about five to six different versions of the beat with different producers trying to get the right feel. And then my guy Ashley Henry – big up Ashley – just came in and played and stuff and that was it. Jacob was like the icing on the cake.

It sounds like you were really attached to this song if you still wanted to get it right after five or six times. What was it about the song that made you want to overcome all obstacles and release it, no matter how long it took?

There was a point where I didn’t think we’d ever get across the finish line [laughs]. I’m always quite determined. I like to finish things. I always say, ‘start something and you’ve got to finish it’. We just kept trying really, we believed in the song. I feel like it has a lot of meaning. It’s quite an important song. So I definitely feel like it needs to be out there. 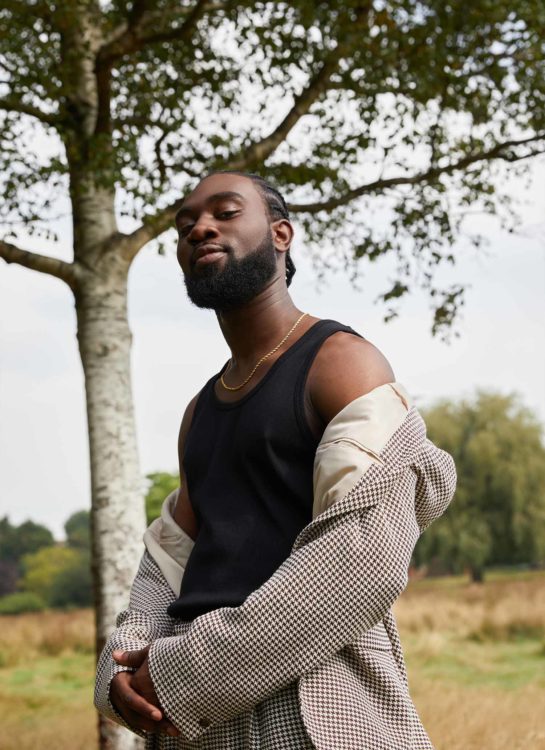 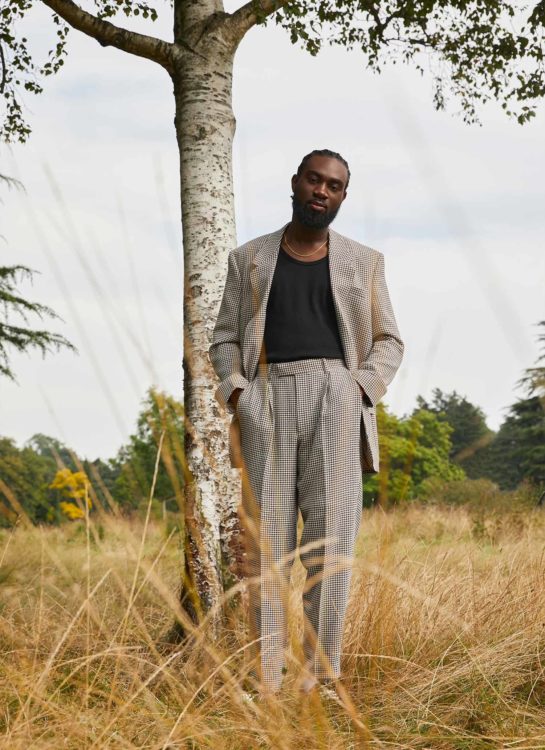 What’s the meaning behind the song?

It’s about loving a broken woman and dealing with someone that has quite bad mental health. Being in a relationship like that is not easy. Personally, I was in something like that, so I was able to embody that and speak about that. So that’s why I felt like it was important and wanted to speak about it. I know that it’s probably not just me probably going through that.

Has the song taken on a new meaning now that it’s finished?

It’s got a few meanings. It’s specifically more about a Black woman and how society in the past can and has treated Black women, which was very important to speak about, I feel. It’s taken on another meaning from what I’ve seen only recently just from [DM] messages. People have said they got a sense of how people are treated in the service industry. Because in the video, the girl, the waitress isn’t treated very well. And people saw themselves in that.

You’ve got such an effortless storytelling ability. Has this always come naturally to you?

So let’s wind back to the beginning. How did your journey begin? How did you get to where you are today?

So going back, maybe about 10 years, I think I started when I was in secondary school. My granddad was a poet. I remember him writing poetry and I really liked that. I thought to myself, ‘I want to do that as well’. I remember writing poems – he liked them as well so that was very encouraging. I think the first time I consciously heard a rap song, I think it was “The Message” by Grandmaster Flash, and it was actually in Grand Theft Auto the game. I think that was the first time I consciously heard it and it registered with me. I just felt like, ‘I want to do this’. I remember meeting a family friend, she was basically doing the music stuff and producing. She knew quite a lot more than I did at the time – think she was a little bit older – and she showed me where to get beats from. I just remember just being so intrigued. That was probably around year seven. Since then, I was going to youth clubs, even being in a rap battle in the playground. I was making bodies of work but at a lower level. Even going back before that, I remember making a tape. I cut out one of my old pictures as a child and sellotaped it on the tape and that was like my album [laughs]. I wish I could find that actually. It probably wasn’t until I was about 18 when it started to get a bit serious and I started meeting people from the industry that wanted to take my career further. I’ve managed to stay independent up until now. I’ve just been enjoying the journey. 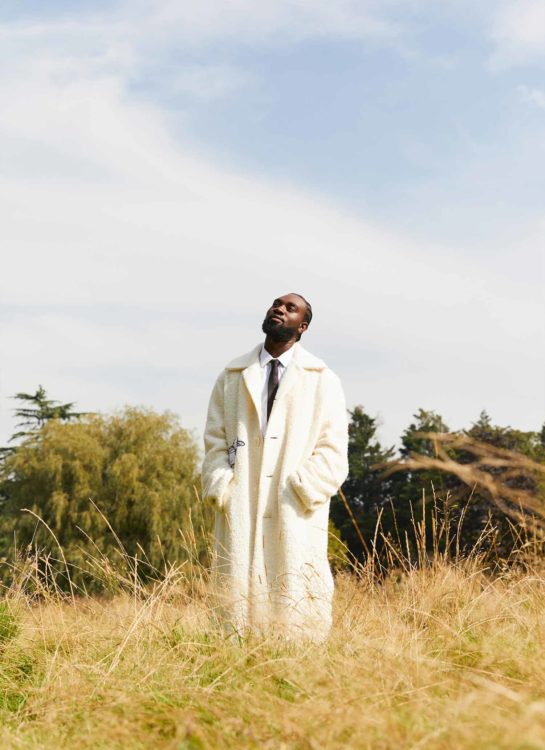 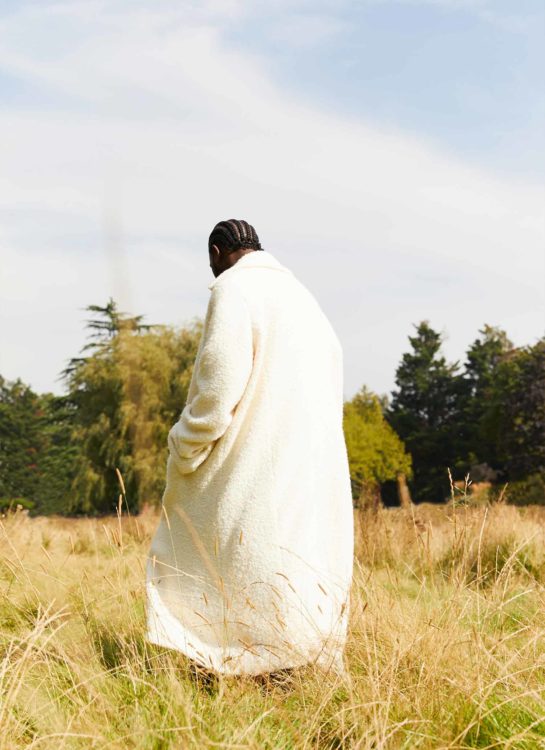 You’ve collaborated with lots of artists through your musical career, featuring on other people’s tracks and having them on yours. Is there a through line that connects them all? Are they all your friends?

To be fair, all of them have been quite natural. I worked with Maverick Sabre, Ady [Suleiman] and Loyle [Carner] on vocalist features [for the album]. I met Maverick at his album launch listening party. He really liked my stuff and I was taken aback because I grew up listening to him. I looked at him as out of reach. After that, we stayed in touch. I just had this song [“Lost to the Streets”], which was about my friend who went to prison, and I grew up with him. We were on the same path, but he went in a different direction. It was a deep song and I felt like it needed the powerful voice and Maverick popped into my head straight away. It was getting close to submitting the project of ‘Nobody Cares Till Everybody Does’ so I didn’t know if he was going to be able to pull it off. It was quite nerve-wracking but he came through. He said all the right things; killed it. With Ben – Loyle – I met him in 2014 at Glastonbury. He was performing on the same stage as me – I think a day after me – on the BBC Introducing stage. I was telling him how amazing his set was and we got talking from there. After that, we just stayed in touch. Rebel Klef actually produced the song that me and Loyle worked on, which was “It’s Ok to Cry”. I was like, it would be perfect to have Loyle on this. Funny thing is, he said he loved it when I was at the Maverick launch. It was all coming together slowly towards the end of the project. I remember him saying he loved it and we eventually got him in the studio.

Do you feel more at home in the studio or on the stage?

I think I like being in the studio more. Right now, anyway. I think maybe because I haven’t done that many performances for a while. I’m quite relaxed in the studio. But I definitely think you need them both. You need both to connect with people.

What are you working on next?

I’m kind of working towards another project following ‘Nobody Cares Till Everybody Does’ – I’m working on something new for that. I’ve worked on quite a few singles, a few songs that I’m unsure if they’re gonna go on the record but I’m gonna put them out.

Definitely another project. Probably a bigger tour. I want to try and do three times what I’m doing now venue-wise, so that’ll probably be Electric Brixton or Kentish Town Forum for a London show. And yeah, man, just just just more great music for the people.

Watch the music video for "Broken Chandeliers" below: