R&B singer-songwriter, Kiya Juliet, shares her earliest experience with music, how she’s evolved over the past four years and hints at an EP release in 2021.

Charging into the scene to bring a fresh sound to RnB is 18 year old singer-songwriter Kiya Juliet. Influenced by her experiences growing up with her mother in North Carolina, she takes a mature and refined approach to her songwriting and explores a range of topics in a relatable manner.

Her latest R&B/pop-centric track, “C’est La Vie”, puts her ahead of her time and amongst the generation of artists shaping the sounds of modern RnB. With melodic guitar strums and mellow electric piano layers, Kiya tells the story of a relationship that hasn’t worked out but chooses to accept what it is.

With her first-ever single gathering over 16 million streams, Kiya has left a visible mark on her listeners and is steadily carving her own lane in the RnB scene one song at a time.

Notion had the chance to catch up with Kiya Juliet about her latest single, how she remains true to herself while being in the industry, and the artists who have inspired who she is today. 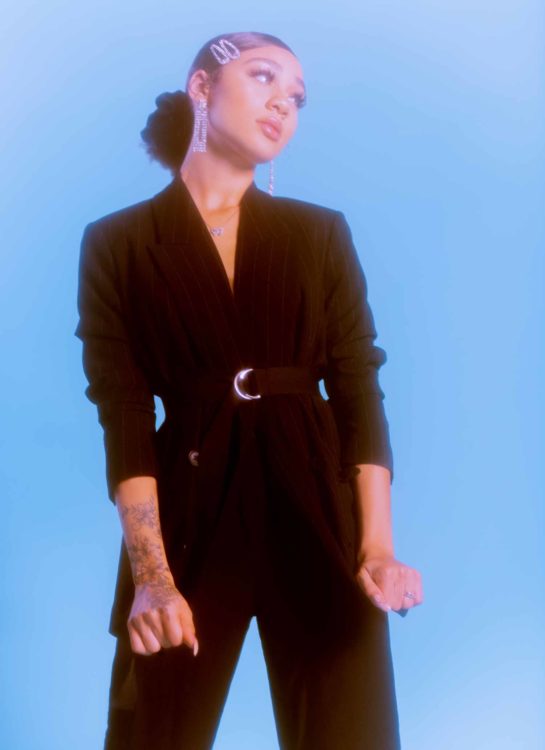 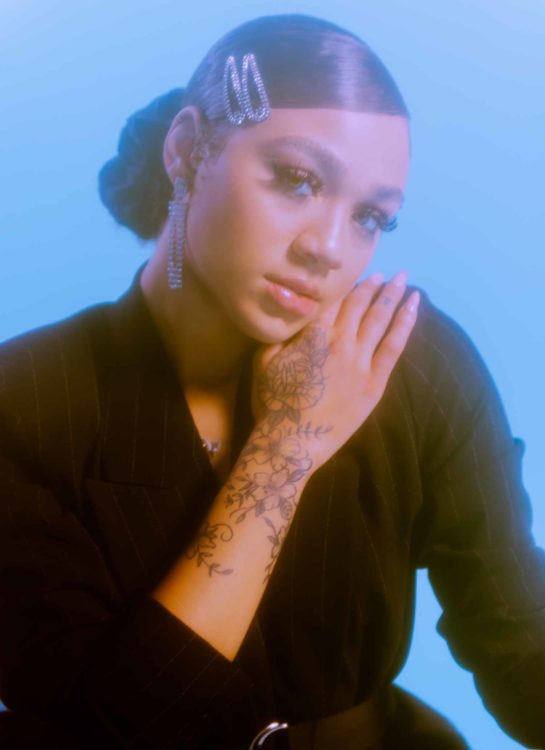 Who are some musicians that have inspired you as a young artist so far?

Some musicians that I’ve always loved and that have always inspired me would be Ray Charles because he loved music so much that he wouldn’t let anything stop him from making beautiful Pieces. I find him very inspiring. I also love John Legend. Jazmine Sullivan, I’ve always loved her voice and style. She is very cool to me and her runs and attitude really inspired my way of singing. hmmm we have Rihanna who i’ve listened to since I was little. Amy Winehouse.. AMAZING! Need I say more? I’ve always loved Corine Bailey Rae, Demi Lovato, Is a HUGE inspiration in MANY ways. She is so strong and so talented. Kehlani, I’ve always loved her voice and style and the fact that she dances and moves her body in such a cool way. I remember trying to learn the dance from the “The Way” video when she first released it. There are sooo many more musicians that have inspired me but these are the top few.

What was your earliest experience with music? How instrumental was that encounter in making you the artist you are today?

My earliest experience or memory with music.…. Well everytime i think of the first time I ever sang or really loved a song, I think of when I was a baby, like two years old I think. Me and my dad would ALWAYS sing John Legend. Specifically “Ordinary People”. I loved that song and that’s what made me grow up to listen and love John legend so much as a musician. And I feel like that helped me as an artist today because the songs my dad would sing to me at such a young age were very soulful and lyrical. I feel that really can resonate with my music today. I feel like I like to have deeper lyrics and have more soulful melodies and harmonies, but I still make it fun, young, and ME. Of course.

What made you certain of pursuing a career in music so early on?

Honestly It’s hard to explain…. I KNEW I wanted to be CREATIVE  at such a young age. Whether it was music, art or fashion.  I didn’t know what it was going to take, but all I knew was that I loved performing in my room, Performing for my mom, dressing up,  making singing videos, doing my mom and I’s , Journaling. I feel like in the long run I knew I wanted to do it all, but I always returned to singing. Music being NUMBER ONE that is my passion, I just know it, I always knew. My mom helped me so much to keep on the track and stick with my hobby and surrounding myself with music and supporting me.

You started writing songs with your mum but as you continue to grow as an artist, will she still play a part in your songwriting process?

Yes! I initially began writing with my mom, She is amazing. She has always Journaled and did poetry. She has had more experiences than me and has better ways to explain experiences and emotions than me sometimes. We definitely have had a specific way of writing, and yes, I do feel like she will always play a part in my music. I feel as though she genuinely loves music and the writing process now that we’ve BOTH been introduced to it more. I do live with her so she always gives me ideas, or if I ask her for help she’s there. So I’m very blessed for that.

Where do you draw inspiration from during your music creation process?

Honestly, it depends. Some days I know how I’m feeling. I know exactly what I want to write about. Other days I like to ask others for ideas or maybe touch on what other people are going through. I’m always jotting down ideas, phrases, and words. Ill also voice record melodies that I can look back into if one feels fitting. Majority of the time, however, my Inspiration comes from my feelings, my experiences and how I personally perceive things.

Your first single “How Could You Play Me” has gathered over 16 million streams! Did you think it would reach as many people when you first put it out?

I know right! Such a blessing. I honestly didn’t expect “How Could You Play Me” to be as huge as it was! I didn’t see it as a complete song, you know with two verses, a bridge and chorus.  I saw it as more so as a jingle, but everyone loved it. The beat was a sample so it was very familiar to people, which I feel played a big part in it doing so well. 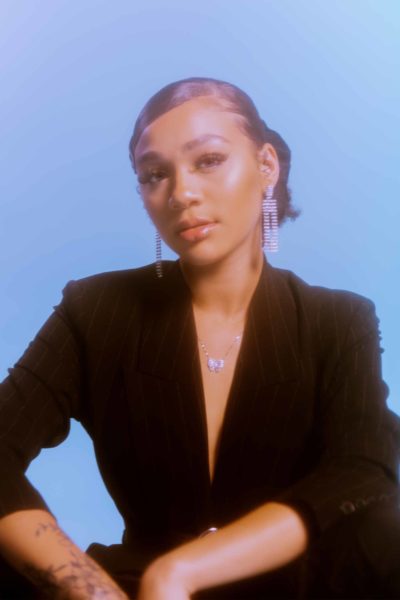 How have you been able to remain authentic to your sound and identity while entering the industry at such a young age?

I do feel like I have been able to remain authentic with my sounds and identity, especially because I started in 2017 and it’s now going on 2021. I have experienced, learned, and evolved a lot in these past 4 years. Yes I feel like I have been able to express my maturity and experiences at a reasonable and accurate pace in my music. I have always had very supportive people surrounding me who I feel love my sounds as a whole, so I have always been allowed to freely express my true authenticity in myself and my music.

Your latest single, “C’est La Vie”, is out now. What inspired the lyrics of this song?

Yes! C’est La vie is definitely out now ON ALL PLATFORMS, there is a music video on Youtube as well. My inspiration behind this song is mostly inspired by how I was feeling that day. I remember I was saying I want to include a cool phrase from another Language in my music. My mom actually gave me some ideas and this was one of them. At the time I was feeling like a lot was going on and I seemed to not be able to keep relationships in my life, however, I had to realize  that is the whole meaning of life. You go through things and learn from those things. THATS LIFE, you can’t be too hard on yourself.  Basically that’s what this song means to me. I’m telling myself those things, And I want other people to know that too.

How did you come up with the idea for the video? What was that process like?

My manager Ley and I actually came up with the treatment, thankfully we seem to be on the same page most of the time. We both thought this song’s vibe was just free, natural and airy. We got inspiration from that vibe and came up with wanting it to be out in nature and having natural colors. I  ended up loving the end result.

What else outside of music inspires your creativity?

Like I said earlier, I definitely love anything creative, I like painting, researching things and writing. I’ve been really into spirituality lately so I research that topic and read about things dealing with that. I just do things that make me happy. I’ll do my makeup and take pictures. My mom inspires me alot also, she always gives me ideas and helps out with a lot and gets me back into the right space.

What can we expect from you next? Any collaborations or new projects we should keep an eye out for?

Yes! Of course, definitely. There is a lot to be looking out for! Not sure how much I can say but I do have ONE more single coming out in 2020 AND I have an EP coming out sometime in 2021. Super excited! Worked with some great producers, engineers and writers. Me and my team have been working very hard and being very strategic. I think it is definitely going to be great and something to stay tuned for.

Watch the music video for "C'est La Vie" below: