Meet kitti, the Glasgow jazz vocalist and winner of this year's Female Breakthrough Award at the Specsavers Scottish Music Awards.

Having already been crowned as the Best Vocalist at the recent Scottish Jazz Awards, you could say that kitti is on somewhat of a roll this year. Though she’s missed the chance to perform live, she mentions that she’s never been busier and that things are all neatly falling into place – and we’re in the middle of a pandemic! London’s neo-jazz scene has garnered widespread attention over the last few years with a multitude of talented young artists coming to the fore. Now, kitti is one of the forerunners staking Glasgow’s claim as being the country’s new hotspot for exciting neo-jazz talent.

Returning as a virtual event for the first time ever, this year’s SMA’s will also be helping to raise vital funds for music therapy charity Nordoff Robbins. 2020 marks the 22nd year of the awards which celebrate the biggest and best in Scottish music. This year’s event will be hosted live from Glasgow’s SWG3 by Edith Bowman on Friday 27th November.

We caught up with kitti over a (typically sketchy) Zoom call to talk about Glasgow’s collaborative jazz scene, Amy Winehouse, and jiving ’round the kitchen. 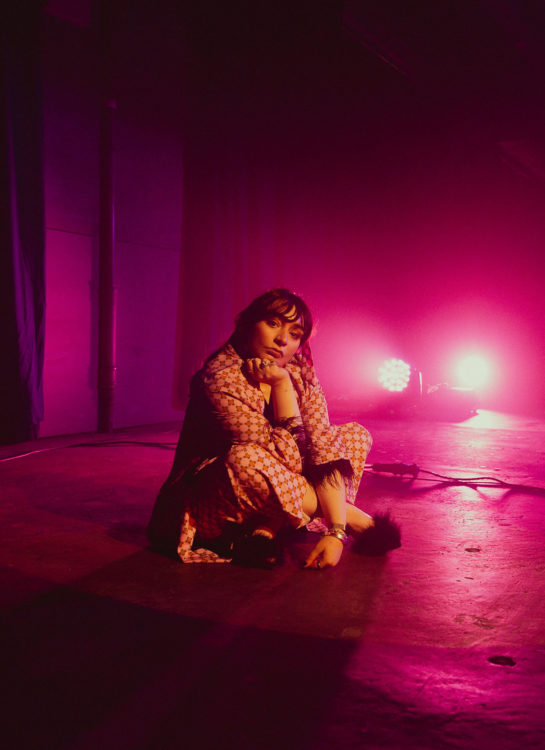 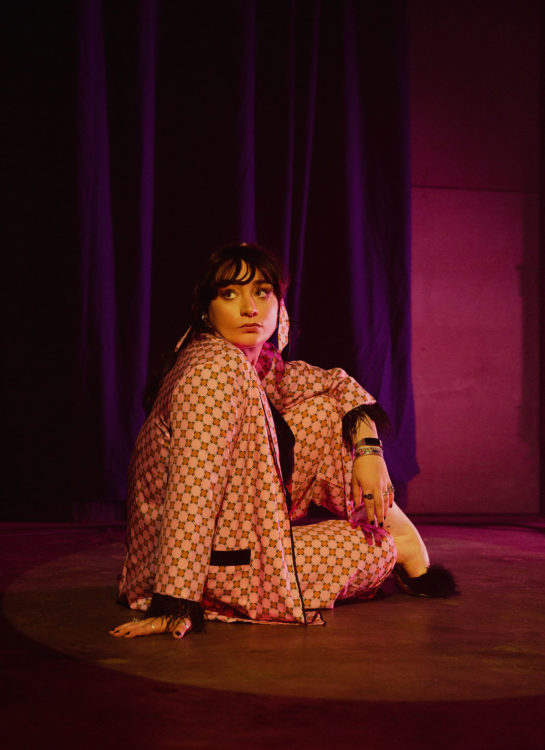 First off, can you describe your emotions when David Marshall put Scotland through to the Euros for the first time in over twenty years…

I was crying. Me and my family were jumping for joy, it was a brilliant moment.

I read a great post on your socials where you talked about your musical memories growing up and jiving ’round the kitchen to jazz greats. Can you tell us more about those memories and the influences they must have played when it came to starting your musical career?

Yeah, my family’s half Italian, so it was my Nonna who basically introduced me to swing music, and from that, I heard loads of jazz greats like Billie Holliday and Ella Fitzgerald. Louis Prima was one we especially listened to. My Nonna’s not with us anymore, but to this day if my family hears his songs, we still just go mental. Happy memories. Then the other side of my family is Irish, so I’ve got a good kind of musical mix going on with lots of different influences.

Does it feel quite daunting to have been compared with greats like Amy Winehouse on the back of your releases to date?

Totally! The whole Amy Winehouse thing especially, I don’t think I really sound like her yet people pick up on it which obviously is really flattering. It really is daunting to think that’s the type of artist I’m gonna be compared to but it’s also really special.

I can also definitely hear resonances of Erykah Badu in your music. Would you say she’s one of your biggest musical influences?

Definitely, she’s one of the biggest artists I look up to. D’Angelo as well, basically a lot of these black R&B artists that I think are quite often forgotten about. There are lots of times I’ve spoken to people about Erykah Badu and they’ve been like ‘who’s that?’ you know (laughs). But it’s really nice to have comparisons like that with my own music.

It doesn’t seem as though the Covid-19 pandemic has stopped you from making waves this year. Have you found it easy to adapt as an artist given the very strange circumstances?

I think I’ve actually bloomed over this time. I’ve really embraced it and I think if it wasn’t for the pandemic, I wouldn’t be sitting where I am right now. A lot of work that I’ve done has been made in this period of isolation in a wee studio in my loft, and that’s where I’ve flourished – I’ve been loving it! I’ve never been so busy, which is great. 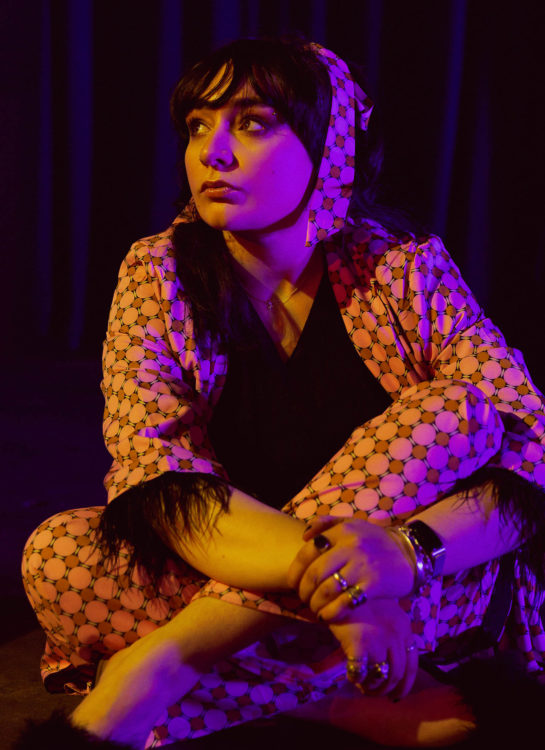 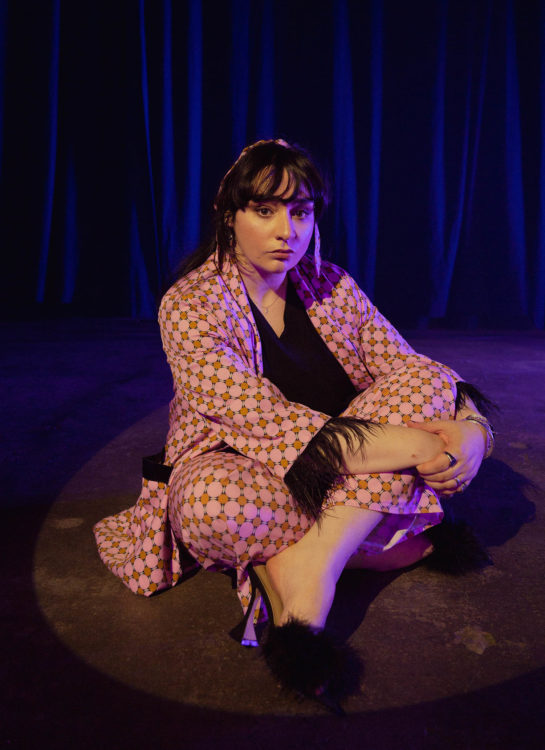 Are you hopeful to see a return to live gigs at some point next year?

Yeah, for sure. We were booked for a lot of festivals this year like Radio 1’s Big Weekend, The Great Escape, stuff like that, and I’m hoping that they keep their same line-up! I’m absolutely gagging to be playing live again; it’s that thing that makes me feel alive. Having that connection with your audience is just amazing, so yeah, I can’t wait.

We’ve witnessed the rise of London’s neo-jazz scene over the last few years with artists like Tom Misch, Moses Boyd, and Jordan Rakei coming to the fore. Is Glasgow the next city in line to be producing startling neo-jazz talent?

The Glasgow jazz scene is incredible at the moment. We’ve got all these young artists coming out of the RCS (Royal Conservatoire of Scotland) Jazz course and my pal Liam Shortall, who plays in corto.alto, he’s taken off and signed to a big agency so they’re doing really well. I think jazz is something that’s becoming cool again. It’s always been cool to me but a lot of people would often turn their nose up at it. I think it’s definitely making a comeback and I just hope that I can survive this wait for live gigs again because that’s where jazz comes out at its best during live shows.

One of your most popular releases to date features a collaboration with Glasgow based multi-instrumentalist corto.alto. Do you feel that collaboration plays a key part in Glasgow’s music scene as a whole?

Everyone knows everyone in this city and it’s very incestuous when it comes to band members and stuff. I mean, I’ve got pals who play in like four different bands but it’s all very different stuff. Collaboration is a massive part of the community; it’s a proper hub for music and everyone seems to be in… everyone else’s business (laughs). So, I think it’s amazing. I did a thing with Fat Suit as well they were amazing. I think that collective idea is really nice and it doesn’t seem to be happening in many other places but Glasgow’s just got it.

It’s totally overwhelming. With the jazz award, I was very surprised to have been nominated in the first place because the people I was up against had studied jazz all their lives and I’ve never studied music really, so it was quite surprising. And then to have been nominated after the likes of Lewis Capaldi and Joesef for this Scottish Music Award was amazing because they’re such massive influences as well. I can’t believe I’ve got these two awards and we’re in the middle of a pandemic!

Are you excited to be performing alongside the likes of Lewis Capaldi and Texas at the ceremony?

Yeah, it’s amazing to have your name played between people that you’ve looked up to for ages. Like Biffy Clyro, they were one of my first ever gigs that I went to at the Barras… it’s mental. I’ve dreamt of all this for so long and it’s finally becoming a reality. It puts a bit of self-confidence in me that I can maybe actually do this. 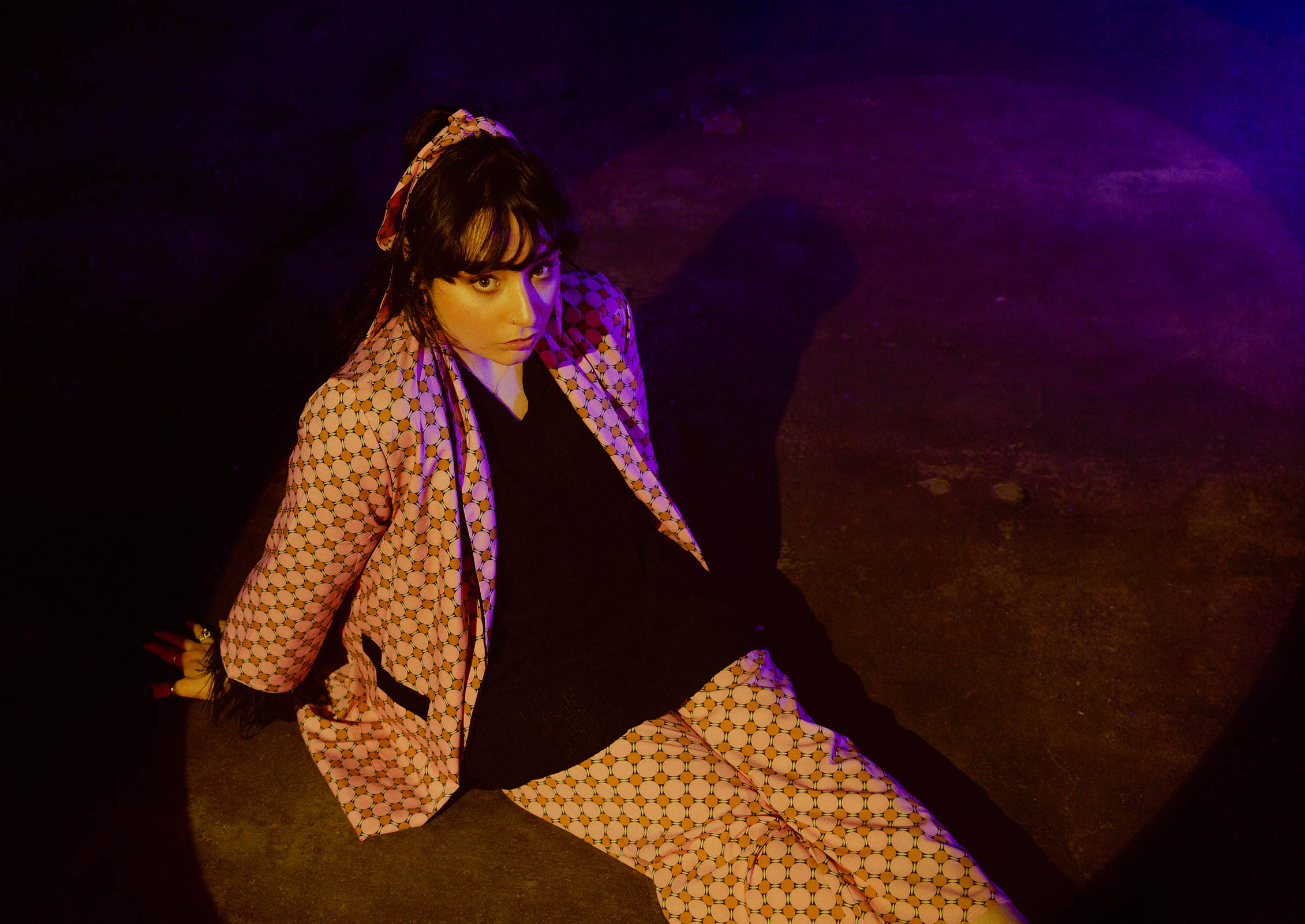 Do you have any more music currently in the works?

I’ve been co-writing with a lot of people recently including Luke La Volpe – the two of us were writing some stuff together last night. I like writing by myself, but I feel that co-writing just gives it an extra bit of something else where ideas can bounce off of each other. For instance, it’s nice to have someone who’s really good at lyrics whereas I’m not so good with lyrics so I’ll often write the music then someone can come along and put words to it. So, there’s so much music waiting to be recorded but it’s just a case of being able to get into the studio which is a bit of a problem just now.

Finally, should we expect to see you on an NPR TinyDesk session in the near future? – We think it has to happen.

Oh my god, I would love that! The people that I’ve watched on that are just amazing. People like Annie Lennox, she’s a huge influence on me, and people like Erykah Badu as well. That would be a dream come true.

Listen to kitti's music below: 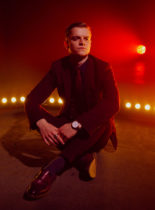 Get to know Luke La Volpe, the Bathgate-based singer-songwriter and winner of this year's Male Breakthrough Award at the Specsavers Scottish Music Awards.