Tash Sultana: “I Have Reached This Pure Form Of Happiness. Now I Am Free”

Aussie musician, Tash Sultana, speaks candidly with Notion about the past year, upcoming album and plans for the future.

With humble beginnings on side streets of downtown Melbourne and tucked away in corners of Bourke Street Mall, Tash Sultana journeyed through the web of the internet in a dizzying year of black-and-white bedroom recordings and uploads before bursting onto the scene in 2016 with a clip performing “Jungle,” alone and unadorned in the front room. Today, that recording has 93 million views.

Whether through the confines of YouTube’s viewing box or on stages to crowds of thousands, Tash Sultana’s energy can silence a room, delivering otherworldly and spirited performances that are at once meditative and wildly loose. This dichotomy is encapsulated in their songs, which can feel both intimate and enormous. Looping the sounds of more than fifteen instruments, Sultana has composed, arranged, performed, engineered and produced almost every note of their music, creating rapturous sounds that are the fruits of their mind and their fingers and nothing else.

Like every touring artist, Sultana watched their 2020 tour schedule crumble. Countless nights and countless shows were halted in an abrupt heartbeat on what was supposed to be the final leg of their Flow State tour. But what you might not expect from the head-slamming, bare-footed and utterly captivating performer is that this came as a welcomed break: “I needed it,” Tash tells us, “I needed to learn how to slow the fuck down.” Instead, they spent 200 consecutive days in their studio, writing and recording and re-writing for what would eventually become ‘Terra Firma’. 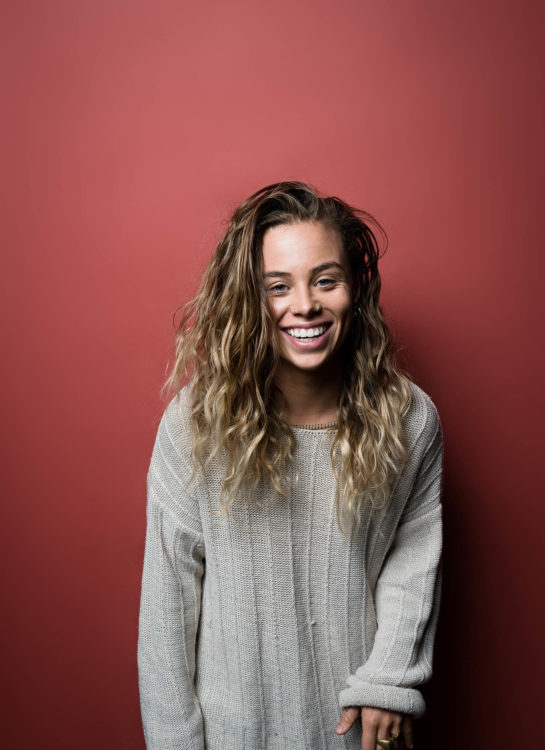 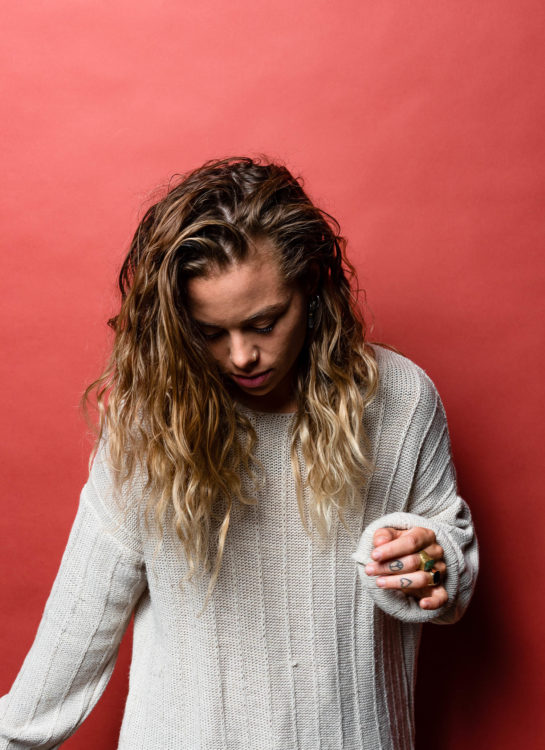 ‘Terra Firma’, or ‘solid earth’ in Latin, is a lush, complex and psychedelic record inspired by the need to slow down and re-ground. Spiritually, the 14 tracks find the artist reconnecting with their roots, acting as a reminder of the physical and emotional delicacy of humanity. “Pretty Lady” launched the record in April, an “old busking track that [Tash] would whip out in 2014.” Yet Sultana assures me the rest of album is comprised of newer tracks, naturally influenced by the events of the past year. From the nuanced “Sweet &amp; Dandy” and expansive “Greed” to the ethereal “Beyond The Pine” and nocturnal “Willow Tree,” Sultana charms us with slinky observations of the world we live in, while allowing us to connect with our rawest selves.

When I catch up with Tash Sultana over Zoom on a nondescript Monday morning, separated by time zones and closed borders, an unwavering positivity is radiated through the screen. “This is such a polite voice that you’ve got on, [the British] have such an endearing-sounding accent,” Tash jokes. “I’ve spent all fucking day programming shit, and this is pretty much the first time I’ve been outside today, so I’m doing great,” they continue. Fuelled by a new- found sense of freedom, an unmatched excitement for the year ahead and a hypnotic new album, we spoke to Tash Sultana. 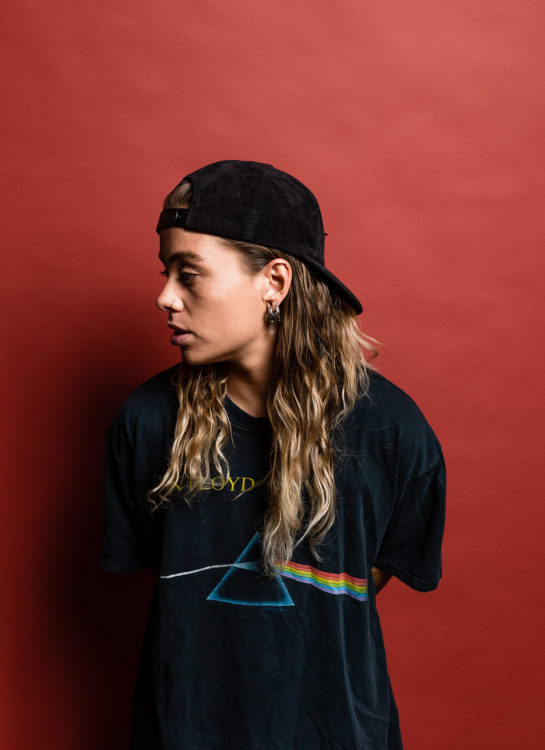 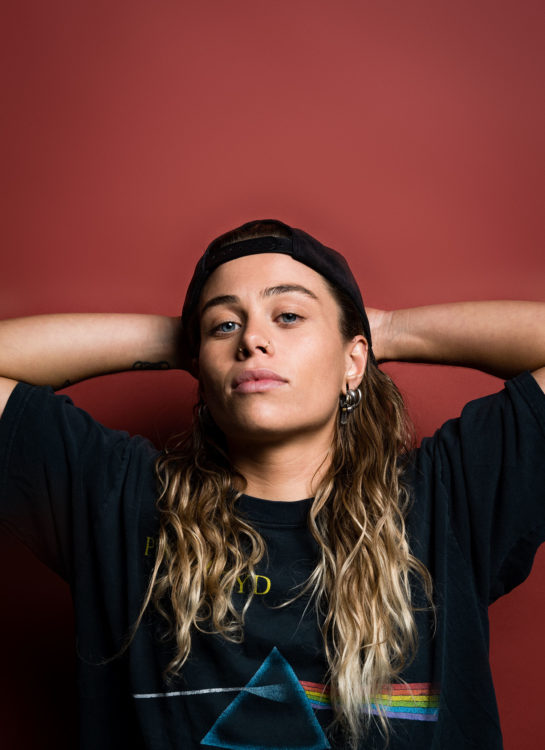 These past 12 months were disrupted for everyone in varying degrees – what were your 2020 plans?

My 2020 plans were up in the air before there was any talk of the virus and before any of this happened. It was weird. At the end of 2019 I had just finished touring and had come home from five years of non-stop shows, but there was this really strange, frustrating stagnancy around me where I was getting really fucking angry at the world. It was because I was really tired after not being at home and not seeing my family. I hadn’t been around anything normal or grounding and I hadn’t even slept in my own bed. I had this angst in me which rolled into 2020, before suddenly everything got cancelled and it was an absolute weight off my shoulders and a blessing in disguise. There was no fucking way that I would have been able to get my head back on my shoulders and be emotionally, physically and spiritually in-check and write a mother-fucking album if I had to tour.

How did your year end up looking instead?

I spent 200 days in my studio writing my record. I have been chilling and waiting in the shadows since the middle of August, twiddling my thumbs. Honestly, I have written half of my next record already! Let’s be honest, around New Year’s everyone was celebrating 2021 like it was all going to change, but 2021 is going to be the half-way house to normal life.

When listening to ‘Terra Firma’, I found you can just sit back and be still – it’s quite meditative in that sense. After the year we’ve all had, that peaceful and reflective state is a place we have all be trying to reach. Was the record naturally influenced by the events of the past year?

All of the stories behind the record are pretty recent, there is nothing which really stretches too far back. It is amazing who you can become when you have so much time that the only thing you can do is put it to something. Think of all the people that have become amazing cooks during lockdown, because that is all they do. Well, I just fucking got in there and cooked up bangers. It was fucking sick. When I finished, I was like well now I don’t know what to do with my life. I’m still feeling like that at the moment; I’m drifting aimlessly through life and so I might as well make new stuff. At the moment, our lives are still a bit blurred. Life becomes clear and then it blurs again, and then it’s clear and then it blurs, and then the borders open and then they close. I’m so thankful I have got a studio.

Could you talk me through the process of making ‘Terra Firma’. Which tracks have been around the longest and which have only recently been born?

All the tracks are pretty new on that record. ‘Pretty Lady’ is an old busking track that I would whip out in 2014. ‘Coma’ is actually a song I wrote at about 17, and I used to have it up on my SoundCloud before I went and hid it all. So, I wondered if I could try and re- write this song as a 25-year-old. 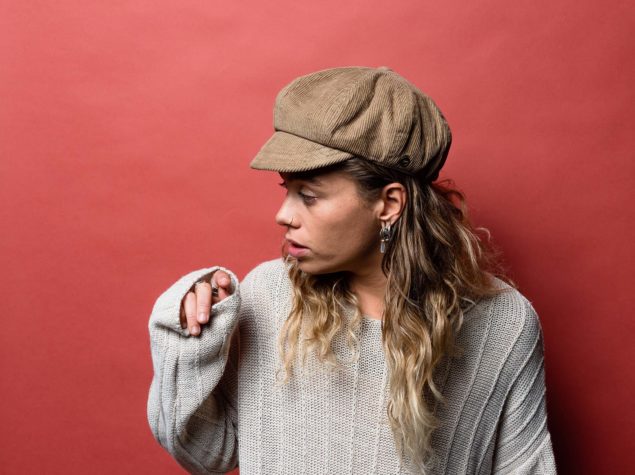 The sound of ‘Terra Firma’ is new and different and there are some tracks which feel super fresh like ‘Blame It On Society’ and ‘Vanilla Honey’. Is there a particular track you’re especially excited for people to hear?

Exactly those two that you just said! I love hip hop, funk, soul, neo-soul, jazz… I’m not trying to do anything; I just love so much different music and so many sounds that it has taken me until now to really write how I’ve been trying to write. I have been trying to get here for so many years.

I saw you mention on Instagram that your 2020 era of inactivity and no shows was the longest you’d gone without playing live since you were 13. Was this a welcomed break or was it a restless break?

It was really welcomed, I needed it. I have been playing non-stop shows pretty much every day of the week since 2008. Whether that was open-mics, pub nights, busking or eventually on tour, I would play every day. Festivals, headline shows, gigs… If I didn’t have a break, I would be pulling my fucking hair out. I would have a shaved head. I would have actually shaved my hair off and my eyebrows off – everything. I was losing my identity because I had no time to sit down and collect myself. I was burning out hard. It was a forced break which I really believe is going to set me up for another five years. I am going to be going hard as shit when all this covid stuff is over, I am going to fucking crowd surf.

Then you jumped back in with a headline show, late November, at the Hordern Pavilion. Tell me how that felt.

I really wanted to crowd surf but that was absolutely not allowed. I actually got laryngitis and lost my voice after the show. You wait all year to play this one damn show, I rehearsed every single day for like six hours at a time, and then the day comes around and my voice was hanging on by a thread. I gave it my all and then after the show it was completely gone, and I was whispering for two weeks.

Do you find there are big difference with crowds around the world? Who has been your favourite crowd to play to?

Aussies are loose because there is a huge drink and drug culture. Kiwis are stoned. Europeans are always pretty high and tipsy, but classy. And then when you go to the UK… that is wild. 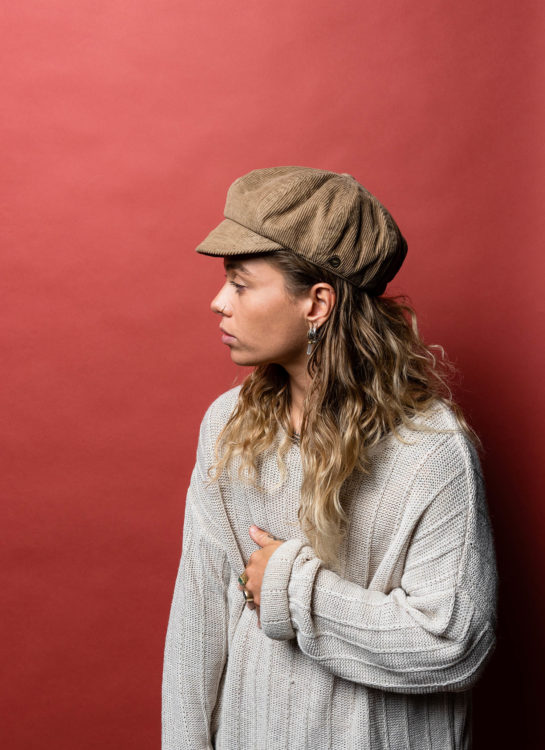 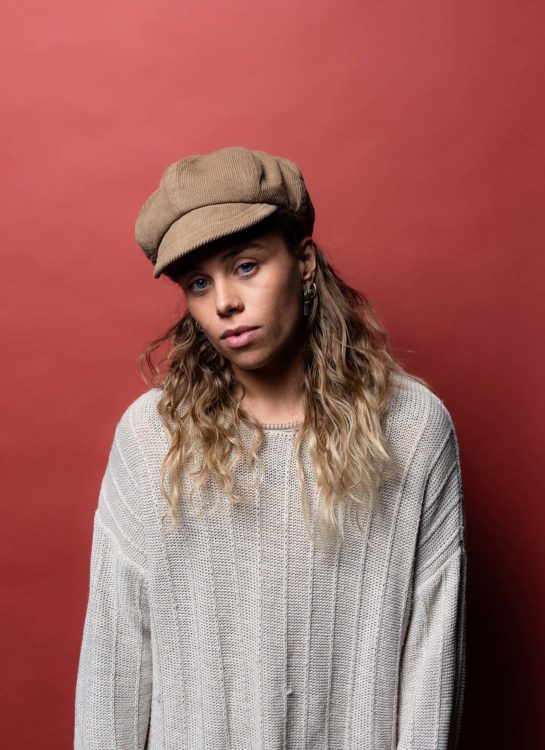 I wanted to talk a bit about British crowds. Here, we all know the record you broke selling out Brixton Academy 3x before your debut, and you’re back in the UK on your tour in what hopefully looks like September/October this year. In your experience, what are our crowds like?

Loud. Really fucking loud. They come in the masses. The population is so big and there are all of these incredible venues where you can play these huge shows. It is a different vibe. I absolutely love playing in the UK. I love it.

‘Terra Firma’ ends in ‘I am Free’ which feels so narrative-driven and appropriate given the themes of the record. The track also feels quite vulnerable. Could you talk a bit about this particular track?

When I turned 25, I realised that I really didn’t give a fuck before that. I realised that there were areas of life that I was trapped into and areas that I cared too much about. When I reached 25, I decided to not give a fuck anymore. I didn’t want to care about what I wore, or what I looked like, or what I said. Now, I don’t care if people don’t like me or my music. I have reached this pure form of happiness and I now realise that I am free.

Now that your record is about to drop, are you feeling this sense of freedom and relief?

It is a tug-of-war. Usually around this time before I have a record out, I go missing. My phone is off, I won’t answer your texts, you won’t get hold of me. I like to quietly let things fly and resume.

What are you most looking forward to about the year ahead?

I am excited. My plan for the year ahead is to design the new live show. I am going to get myself in-check and get the new show so fucking dialled-in that it is ready to go and ready to hit the stages when its time. I am also doing a lot of collaboration, producing for others and co-writing for others, and just jamming the fuck out… and surfing.