Blithe lets the world know that touch is her love language in this catchy and upbeat new pop single.

Bedroom pop creator ST LUNA likens the love he has for his partner to a miraculous purple Lucozade hangover cure in this sweet-as-candy new tune.

"LID (Ladies in Dubai)" by icekream

Swiftly rising producer icekream has shared his latest release, "LID (Ladies in Dubai)". Born and raised in Paris, he drew influence from the local scenes while looking further afield for inspirations that shaped his sound; he names Fatboy Slim, Jamiroquai, DJ Premier and The Neptunes as his influences.

Newcastle-born, Manchester-based rapper Sweets showcases his more mellow side in this new hip-hop/alt-pop track. He explains: "'Yellow' is about the differing emotions between the night before and the morning after a big night. Being in your mate’s car doesn’t quite bring the good feelings and excitement it did the night before. I tried to capture that with the trippy flashback in the third verse.”

"BISOUSxxx by LARRY PINK THE HUMAN

Multi-faceted project LARRY PINK THE HUMAN have dropped the intimate and introspective new single "BISOUSxxx". Echoing, distorted vocals take prominence in the track that discusses growth. It comes alongside news that their debut full release, 'M1XTAPE', will be released 17th September. Speaking on the track, the band said: "Change is a constant, it's unavoidable, this song is rebirth, death of an old self, it's grief, it's joy, it's pain, it's acceptance, it's one foot in a new direction, it's moving forward while trying to be present, it's sitting in discomfort, it's awakening, it's love, it's beyond words."

"Tired Of Everybody" by Issey Cross

Rising artist Issey Cross shares her innermost feelings about social interaction in this fizzing new pop track. It's another cut from her upcoming second EP, set for release soon.

A tender, gentle number, "Four Reasons" is the next single from Honey Mooncie's upcoming mixtape project due this October. She said: “‘Four Reasons’ is one of the more uplifting and light hearted tracks on my upcoming project. It’s about how much you can love and care for someone no matter the circumstance. I wanted to try to capture the feeling of unconditional love whether that be in a relationship or friendship.”

A soft and cleansing listen for fans of Billie Marten and Lucy Rose, newcomer Billie Flynn makes her mark with this cinematic folk single. 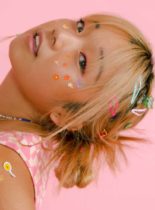 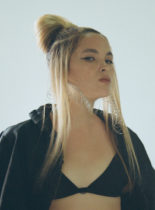 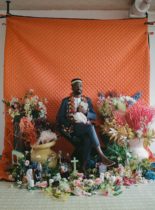