‘Forever, Yours’ by Myles Lloyd

Myles Lloyd explores the other side of heartbreak on his new album, 'Forever, Yours'.

Vulnerability is at the heart of all Myles Lloyd’s music. For him, music is a way to draw emotions out from himself, bringing him the catharsis of finally expressing all those churning feelings in a coherent narrative.

He found himself working through the difficulties of letting go of somebody in his first album, ‘Goodbye’, and his latest album represents a sincere engagement with just how complex that process can be. As the title suggests, ‘Forever, Yours’ is about what ought to be held onto even when something is left behind, and how emotional attachments can persist even as relationships fall into the past.

Through the eight-track album, Lloyd contemplates his past decisions and second-guesses himself, pondering different paths he could have taken and could still take. It’s often contradictory, but that’s very much the point – it’s a story about how emotional recovery is never linear, and we’re always a little closer to our past than we might want to admit to ourselves. A melancholic vibe suffuses all the songs, but there’s hope, too – that by articulating his complex emotions, Lloyd might make peace with them.

On the album, Lloyd says, “How realistic is it to leave everything in the past and never think about it again? To never wonder how life would be with a do over. So many scenarios and thoughts can play in your head and it’s normal.” 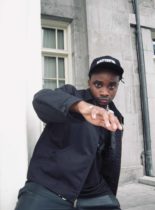