TAAHLIAH: “I Just Want to Be Known For Being a Great Artist”

Musical trailblazer TAAHLIAH chats about her performing spot at the Flesh Queer Festival, connecting with her fans and the joys of performing live.

TAAHLIAH cut her teeth as DJ emerging as one of the most exciting artists working within the Scottish electronic music scene, with a keen interest in working hyperpop sounds into her sets. It took a stint in Berlin, the heart of so much musical experimentation, to really take her career to the next level, inspiring her to record her own debut EP and diversify her artistry.

As a result, TAAHLIAH has emerged from the pandemic as a genuine multihyphenate, acclaimed for her work in the recording booth and on the turntables, as well as continuing to explore a keen interest in fashion at numerous catwalks including London Fashion Week. Her debut EP ‘Angelica’, released last year, led to her nomination as BBC Scottish Act of the Year and numerous other plaudits from across the music press, as well as the honour of being the first Black trans artist to win at the Scottish Alternative Music Awards.

She’s now looking ahead to a vibrant festival summer, including a top spot at Flesh Queer Festival, which lands at Springfield Farm in St Albans on 28th-29th May as a banner performer on its all-queer, non-binary and trans-inclusive roster, so we sat down with her to chat about returning to play shows, the difficulties faced by trans artists in the UK and meaningful interactions with fans. 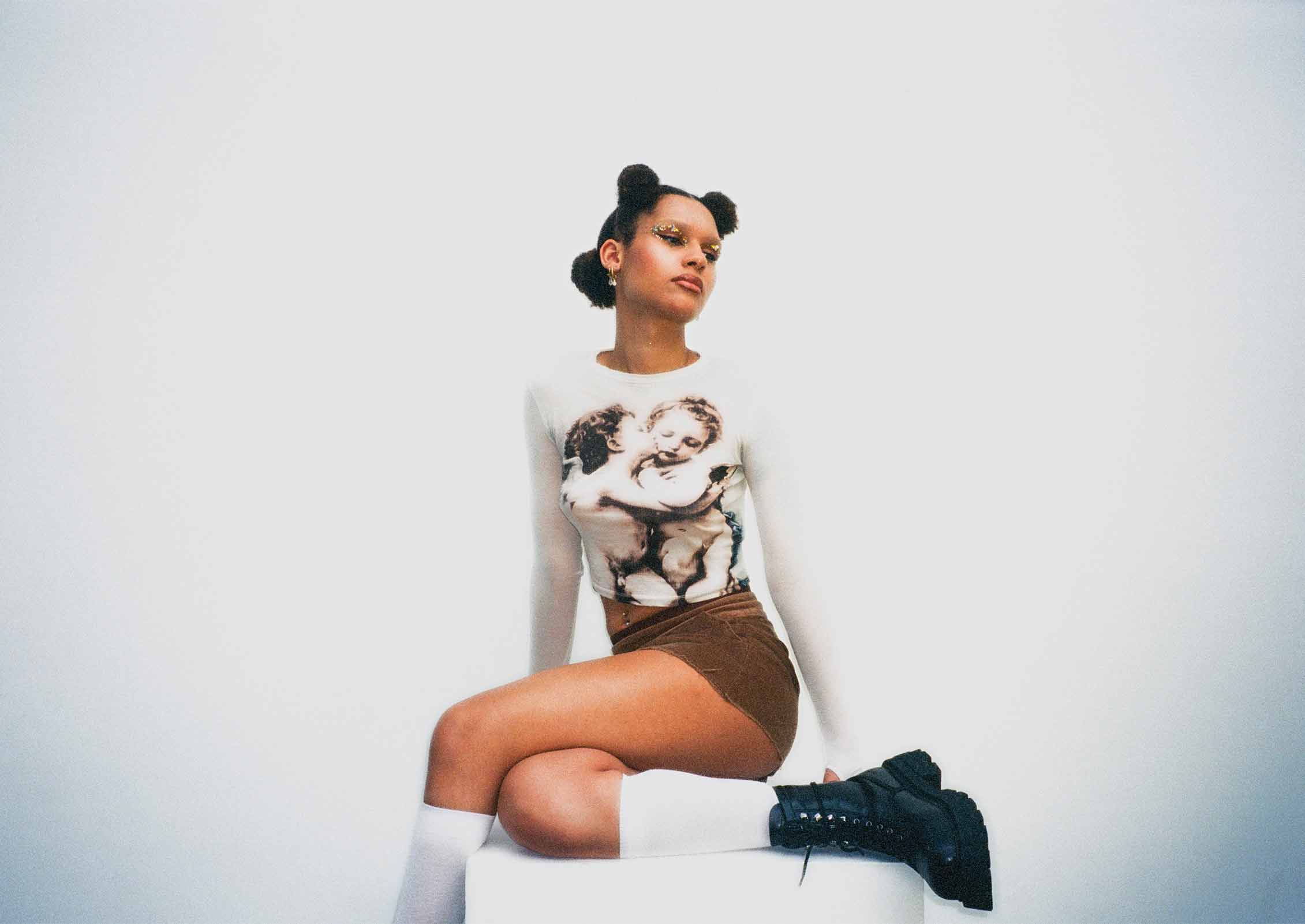 What are you looking forward to about playing the Flesh Queer Festival?

It’s obviously the first festival of its kind. I think to be part of anything like that feels quite monumental, I’m excited by the prospect of it. Music festivals can always be a space that can be quite alienating for queer people, and queer identified people, so I think it is brilliant to have a space that is very obviously accommodated towards the queer community and not to say wider society in general. The opportunity to play for something like that feels very special.

What does inclusivity within the electronic genre mean to you?

I think electronic music is inherently the more successful form of music. There’s obviously a huge link between electronic dance music and queerness in of itself. I think the history of that is not really something that you can escape. I guess you could say the same for pop music, but I think within electronic music, artists are able to perhaps quantify themselves a little bit easier, with more of a fluidity as compared to more mainstream or normative genres of music. So with electronic music, there’s more of a scope to really individualise yourself. I feel through that individuality comes this inherent sense of authenticity, which I think queer people just gravitate towards.

Flesh Queer has put a lot of emphasis on a significant portion of the line-up being trans or nb. What does that represent for you, especially in today’s climate in the UK?

I think it’s special to draw these people together. I think that all festivals are not all should be booking more trans, more non-binary people. It’s great that Flesh are obviously doing that, but I think just, don’t stop there. I think more festivals that have been around for longer should be pushing this narrative more into their conscious, and they need to be a lot more aware of it. I think there’s nothing wrong with inclusiveness and including a demographic that are marginalised in mostly every aspect of society. You can’t really fault it.

How do you think the industry could change going forwards?

I think that’s a very loaded question. I don’t think it’s up to trans or non-binary people. These ideas of what could happen, we’ve been speaking about it for years. And fundamentally, the power is not really in our hands. And it never has been in our hands. It’s really up to the minds in the world of the government and people in general to open up their minds and their hearts, to really try and understand our experience and allow space for that.

How did it feel to be nominated BBC Scottish Act of the Year?

I guess it’s just nice to be recognise for my work, and for an institution like the BBC to recognise it my work, not that any artist necessarily needs that kind of recognition in order to be valid. But I think especially when you come from a place like Scotland where what I look like isn’t necessarily the image that people expect, it can be really lovely. A friend of mine won the actual award and it was really lovely to see him do so well and prosper. 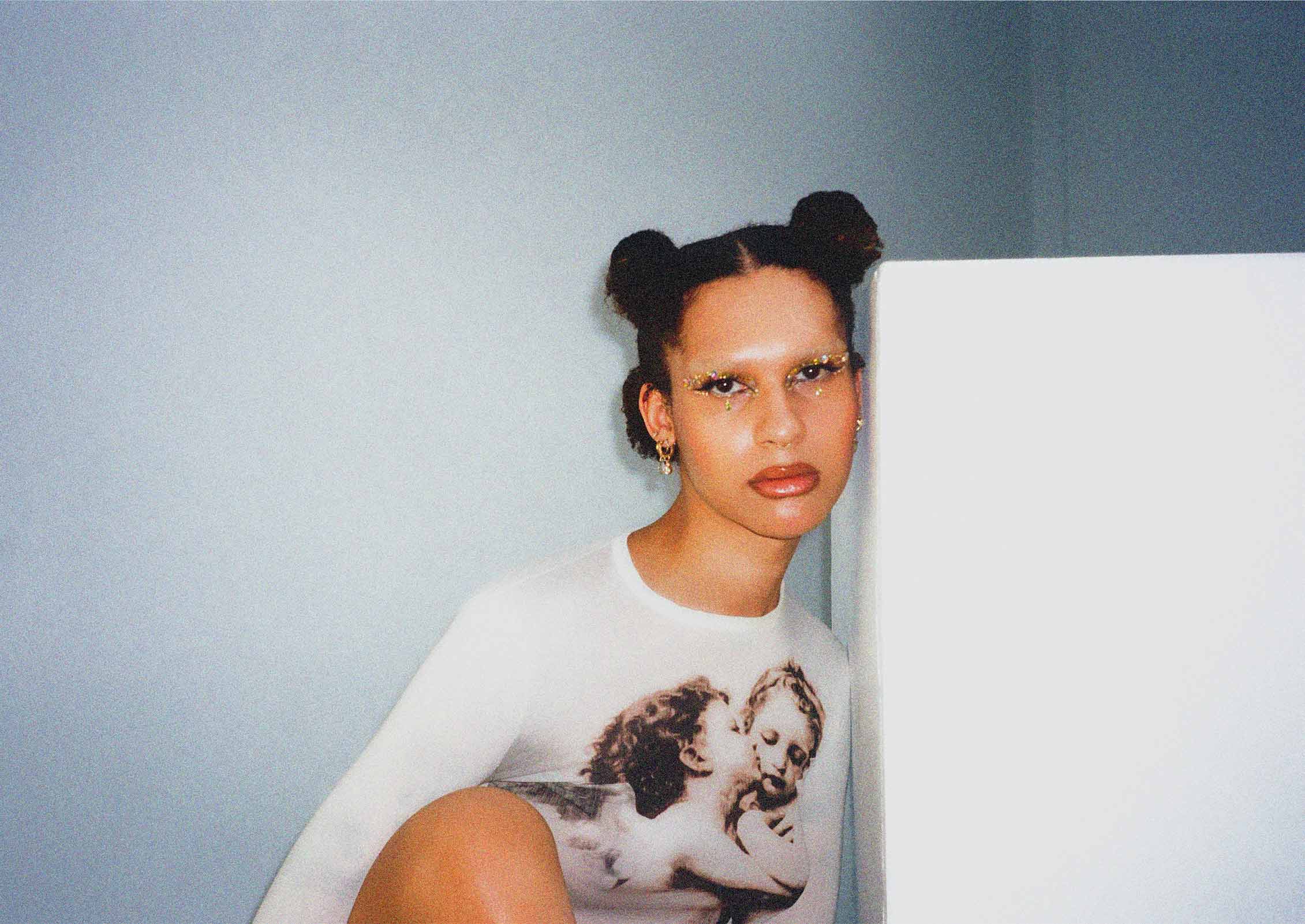 How has the experience been of getting to play live again? Does anything feel different vs pre pandemic?

I was a DJ before the pandemic – I still am, but TAAHLIAH as an artist hadn’t really formed quite yet, I got signed to my label during the pandemic. And so, I’ve not really had the experience of performing my own music. There was definitely a point during lockdown, where I was just feeling really, really low and depressed, because I was making music, but I wasn’t able to express this energy that I had, I got accustomed to expecting for live performance. So it’s been really great, to be honest, and go and get really get stuck into it, and then to the other side of things, and to really work on my own performances, and what they mean, what I can bring to the table as an artist and as a performer.

What does it feel like to connect with people in this new way as TAAHLIAH?

It’s fantastic. Whenever I meet people, it always of blows my mind a little bit that these people, listen to my music, and interact with my art in some kind of receptive way. And it’s a really wonderful thing. I’m still trying to get used to it all to be honest. I hope that it’s just something that I’m able to continue to build on and get to a really, really good point with the music where I feel content and who listens to it feels content with me as an artist, and we’re able to gain something from interacting with the work and creating the work and all that good stuff.

Do you see your work in fashion and music as fundamentally the same kind of art, or do you see a separation?

I’ve always been quite interested in fashion, and the way that music has always stood side by side with fashion. I think it’s just another component to the aesthetic, really, with the visual art kind of practice, and then the fashion aspect, they combine into one cohesive world. But it’s been fun to be able to access. I guess another element to it that isn’t just the clothes that I wear every day, there’s more consideration to what I wear for performance or what I’m going to wear to an event. I think as my career progresses, you just gain access to more things. And through that accessibility, you’re able to say more about the work and you’re able to express it and let it impact that way.

Is there a space in which you feel particularly comfortable as an artist and a performer, or do you find yourself adapting to wherever you play?

In order for me to feel comfortable at my performances, I need to interact with the crowd in some way I need there to be an audience reaction or a general consensus that the audience are enjoying themselves. I think when people book me for more festival kind of shows, or headline shows, I’m more inclined to play predominantly live. I’m able to adapt, I am able to absorb the energy and understand it, and then kind of like reflected back through the music. I don’t feel hindered in that way. But I think for me, it’s all about connecting with the audience, making sure that we’re all collectively having a fun time.

What do you want TAAHLIAH to represent as an artist?

I just want to be able to offer something new and unique and honest and emotional. I think any artist obviously wants notoriety, wants to be successful in what you do. I just want to be known for being a great artist. I want to be able to push boundaries and I want to offer something new and I think that’s done correctly through not intentionally doing it. I’m just here to make the music and to have people respond to the music and could just enjoy my life and my career and if people are able to connect to that and take something from it then that’s fantastic. And obviously that’s the end goal.

What’s the most positive thing you’ve taken from interacting with your fans?

When other trans people talk to me about the music and how the music has made them feel. I think that has been the most precious thing for me. The connection they feel to it, and towards me as an artist, I really, really treasure. 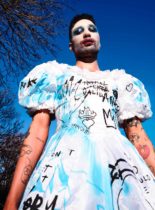