“Where You Going” by Gotts Street Park feat. Marco McKinnis

Leeds based four-piece Gotts Street Park transcend time with their soulfully authentic production, in their new track ‘Where You Going’ featuring the honeyed vocals of Marco McKinnis.

Producing for the likes of Kali Uchis, Yellow Days and Rejjie Snow, the quartet of sorts have been honing their slick and soulful sound for over three years from their Armley based home studio. Gotts Street Park embraces an organic approach to their production process. By recording everything live, they create a musically immersive experience – almost mirroring that of an acoustic ‘60s Deep South performance.

In a world where overly produced music often reigns supreme, after the release ‘Bad’, in collaboration with ZILO,  it’s refreshing to see the collective continue to strip it back with ‘Where You Going’. In under three minutes, Marco McKinnis’ piercingly poignant voice is seamlessly interwoven with the group’s neo-soul signature sound, to create a piece that is sonically raw and intimate. It’s as though this collaboration was a match made in heaven.

Already garnering praise from big names, such as Annie Mac and Huw Stephens as well as working alongside artists on the rise, Celeste and Greentea Peng, for their debut EP ‘Volume One’, Gotts Street Park is a group you should definitely be making a note of.

For more of this Leeds-based collective, check out their performance dates at London’s Laylow here – It’ll be an experience you definitely don’t want to miss. 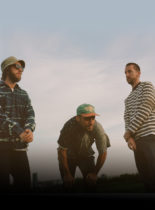 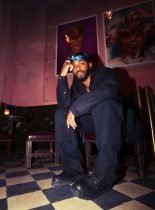 From Chucky Cheese to the hills of LA - rising R&B talent Marco McKinnis is bringing soulful vocals to a whole new level as our latest Internet Crush!