The Making of “I’m Ugly” with RAMENGVRL

RAMENGVRL gives Notion an exclusive look behind the scenes as she shoots the music video for new single "I'm Ugly".

The Making of “Clean Sight” with a l l i e

a l l i e gives Notion an exclusive look at the making of her music video for "Clean Sight", featuring Casey MQ. 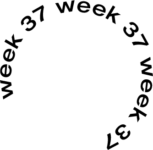 Firsts with BAD WITH PHONES

BAD WITH PHONES exclusively shares his musical firsts with Notion, from EPs named after bang bang chicken to casually bumping into Usher.

Alt-indie singer-songwriter, Freddie Long, shares the official video for his new single “Addicted To Your Love” and picks 10Trax he’ll never get bored of.

Rated Reads shares our pick of the best articles from around the web. This week: why young musicians are taking control of their estates and why Instagram's Close Friends is giving us trust issues.

Grammy-nominated singer-songwriter Mahalia and Ivor-Novello-nominated rapper Kojey Radical are the latest to join Dr. Martens’ 'Tough As You' initiative.

Ric Wilson: “I Wanted to Rap About Things in a Positive Light”

'Worldwide funk' artist and rapper, Ric Wilson, speaks with photographer Holly-Marie Cato about the time he spent in the UK, from the new slang he picked up (and got tattooed on him) to the friends he made and much more.

Wavy The Creator Prepares For Takeover

Nigerian-American musician Wavy The Creator re-introduces herself on the new single "Harmonies". Notion caught up with Wavy to find out more from the self-proclaimed "alien".

“Stepping on Snails” by A VOID

Post-punk band A VOID are back with their latest release “Stepping on Snails”, a rallying cry to embrace life as an adventure.

As stars interpret this year’s Met Gala theme ‘In America: A Lexicon of Fashion’, take a look at the event's best fashion moments.

Honing his craft since he was a boy - from rap battles in the playground to sellotaping his photo onto his first mixtape - Kofi Stone’s journey has been one of passion and completely innate ability.

Transcending categorisation completely with his eclectic range of influences, Oliver Malcolm is carving a path that's entirely his own, open to anyone who's down for the ride.

The model and activist Munroe Bergdorf has teamed up with Spotify to launch her very first podcast.